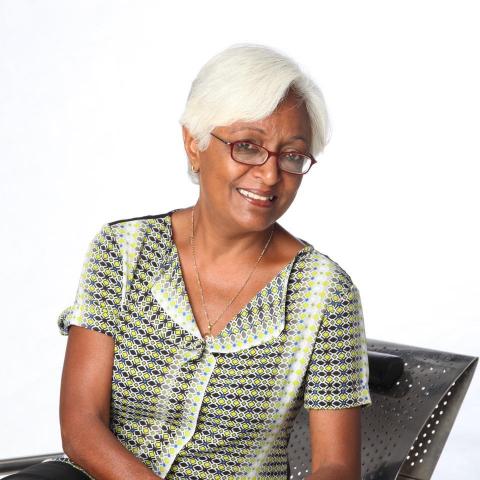 ‘Will tomorrow’s Africa be a 2 billion-strong problem continent, riddled by poverty and insecurity, or will it be the continent of solutions?’ This was the question posed to Gita Goven, architect and President of Africa 123 from Cape Town, when she addressed an online forum of Initiatives of Change in Business and the Economy (ICBE), 7 November.

Africa 123 is a private-sector-led initiative to develop new regenerative smarter cities, to address the needs of a rapidly urbanizing Africa.

Cities, she said, are the ‘epicentre of human activity. They cover less than 2 per cent of the earth’s land surface but generate about 70 per cent of GDP and house more than half the human population.’

The importance of cities will increase in coming decades as another 2.5 billion people move to urban centres.

Africa’s percentage of global urban populations will grow from 11 per cent in 2010 to 21 per cent in 2050, as projected by a United Nations world urbanization report.

‘Current practices are depleting the Earth’s finite resources, changing its climate, and damaging its natural ecosystems. With our planetary life support system in the red, we need to put all cities on a serious resource diet.

‘How then do we address Africa’s urbanisation?’

‘The majority of countries are running ecological deficits,’ she warned, ‘using more natural resources than ecosystems can regenerate. Others depend heavily on resources from elsewhere, which are under increasing pressure.’

On a positive note, she said: ‘On average Africa uses less than its global fair share of resources but the need is great. In some areas of the world, the implications of ecological deficits can be devastating, leading to resource loss, ecosystem collapse, debt, poverty, famine, and war.

‘Ru-Urban can be economic generators for Africa,’ Gita Goven stressed.

Africa 123’s vision, she said, includes: New African Ru-Cities bringing the best of African values and urban-living opportunities together to sustain families, communities and cities, as a network of opportunity-rich, inspiring cultural places connected to and adding value to existing cities, and rural hinterlands.

She flagged up the African Union’s Agenda 2063 strategic development blueprint which, she said, is ‘critical for the attainment of economic development, social prosperity, political stability, protection, and regional integration’. Its impact areas include wealth creation, shared prosperity, and a sustainable environment. Its flagship projects include:

5. The African Passport and Free Movement of People

With a highly diverse population from 54 countries, Africa has the second biggest population in the world, growing by at least 2.6 per cent per annum. It is estimated to reach 2.5 billion by 2050 and 3.1 billion by 2063.

In the next 40 years to 2063, Africa is forecast to have a housing deficit of 123 million homes in its 54 countries. It will experience the world’s largest pace of urbanization at a time when 70 per cent of the sub-Saharan population will be under the age of 30.

This represented ‘a perfect storm’. ‘It is time,’ she said, ‘for the private sector and the public sector, and north and south, to work together smartly.

• $26 trillion in global economic benefits between now and 2030;

• 65 million new low-carbon jobs by 2030, a number equivalent to the combined workforces of the United Kingdom and Egypt today;

• the avoidance of 700,000 premature deaths from air pollution compared with business-as-usual;

• Generating $2.8 trillion in government revenues in 2030 through subsidising reform and carbon pricing alone.

It will require the phasing out of coal and the ‘rapid scale-up of renewables in the energy sector, including investing in shared, electric and low-carbon transport in cities.’

The opportunities are great:

Africa’s resources include abundant solar, wind, and geothermal energy; grid-based and decentralized renewable energy investments to deliver energy access and climate change benefits simultaneously; food and land use systems—including the agriculture and forestry sectors—which are integral to sub-Saharan Africa’s economy, accounting for 70 percent of livelihoods and almost one-quarter of regional GDP; and new business opportunities in sustainable food and land use which could deliver $320 billion each year by 2030 across sub-Saharan Africa.

Food and land use systems opportunities include: $120 billion in forest ecosystem services and restoration of degraded land; $100 billion in increased agricultural yields; and $100 billion in supply chain efficiency improvements and enhanced value-adding capacity.

The webinar was hosted by Antoine Jaulmes from Paris, a consultant in business ethics.

While Africa is too often seen as a problem continent, that image is now changing. It has the potential to pioneer its own solutions. As the words of an old song go: ‘Though Africa’s shaped like a question mark, Africa’s got the answer.’