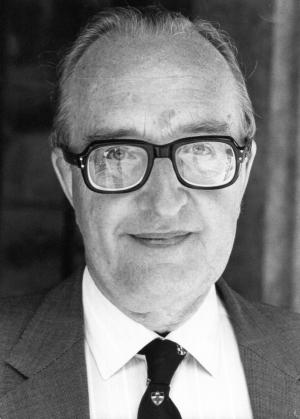 A deep concern for the well-being of citizens in developing countries led the British diplomat Bill Peters to found the international debt forgiveness campaign Jubilee 2000 with Martin Dent of Keele University.

While Ann Pettifor became the public face of Jubilee 2000, and its subsequent Drop the Debt campaign, it was Peters and Dent, a politics lecturer, who first gave it impetus after they met at an international seminar on "the economics of unselfishness" organised by the Moral Re-Armament movement in 1993.

They already knew of each other's concern, first expressed by Dent in 1984, that the accumulating debts of developing countries to Western governments and banks, due to soaring interest rate repayments, were unjust and unsustainable. Their encounter led them to launch Jubilee 2000 in 1996, inspired by the ancient Hebrew concept of writing off debts every seven years, outlined in the Book of Leviticus. The target date for debt remission would be the turn of the Millennium.

Jubilee 2000 became a cause célèbre – the debt was seen as enslaving the world's poorest people – which gained massive public support from aid agencies and the churches, including the Archbishop of Canterbury, George Carey. He made the issue the subject of his New Year's Day Millennium message on the BBC. Gordon Brown, then Chancellor of the Exchequer, supported it at a rally in St Paul's Cathedral, and confirmed the cancellation of debts owed to the UK. Demonstrations were held outside G8 summits, from Birmingham in 1998, where 70,000 supporters surrounded the conference, to Cologne, Genoa and Okinawa, where Peters met the Japanese Prime Minister. The scale of the campaign earned it entries in the Guinness Book of Records for the world's largest petition and for the most international petition.

In the end, Jubilee 2000 succeeded in persuading governments and banks, including the IMF and the World Bank, to write off nearly $100 billion of debts owed by 35 of the poorest countries. The post-Millennium campaign, known as Drop the Debt, also gave birth to the Make Poverty History movement. Jubilee 2000 was Bill Peters' crowning achievement following a distinguished diplomatic career.

He was born in Morpeth, Northumberland, in 1923, the son of a cabinet maker and a light opera singer. A brilliant student, he entered Oxford at the age of 17 to study Greats. The Second World War interrupted his studies and he saw war service with the 9th Gurkha Rifles in Burma in 1944.

The regiment included Tibetans who, with the Gurkhas, made a deep impression on him. He retained a lifelong association with the Gurkhas and the Tibet Foundation, and met the Dalai Lama several times.

After the war Peters returned to Balliol College, completing his studies in 1948. He had already married, in 1944, his first wife, Catherine ("Kit") Bailey. He went on to study for his MA Lit at the London School of Economics and then languages at the School of Oriental and African Studies in London.

He joined the Colonial Service and was posted in 1950 to the Gold Coast (now Ghana), assisting in its transition to independence in 1957. Kwame Nkrumah, the new head of state, invited Peters to stay on in an advisory role. At one point he was asked to address schoolchildren, urging them, with some prescience, that they could achieve anything they set out to do. One of them was a young Kofi Annan, the future Secretary General of the United Nations. Years later Annan told Peters that he still remembered his stirring speech.

Peters went on to diplomatic postings in Cyprus, India, Bangladesh, Australia, Zambia and Malawi. He was appointed Britain's ambassador to Uruguay in 1977, an attractive if dangerous position: a previous ambassador had been kidnapped and held to ransom. Despite this, Peters asked to meet political prisoners, a request surprisingly granted. He assisted one prisoner, a concert pianist, by providing him with a silent keyboard. But this put Peters under danger with threats on his life, and from then on he declared to everyone that he carried a pistol with him at all times.

He was High Commissioner in Malawi from 1980-83 before retiring to live with his wife in Deal. The Gandhi Foundation presented him with the Gandhi International Peace Award in 2000, in recognition of his campaigning which "made possible the provision of basic education and health care to thousands of people".

He spent 18 years as Governor of Walmer School (now Walmer Science College) in Deal, and was twice president of the local Rotary Club. He was an active member of the Royal British Legion and other national organisations including The Tibet Foundation, the Churches Refugee Network and the United Society for the Propagation of the Gospel (USPG). Following the death of Kit in 1998, Peters married Gillian Casebourne in 2004. He is survived by Gill and his two stepdaughters.

This article first appeared in The Independent on 18 June 2014.