Angels and demons of our own 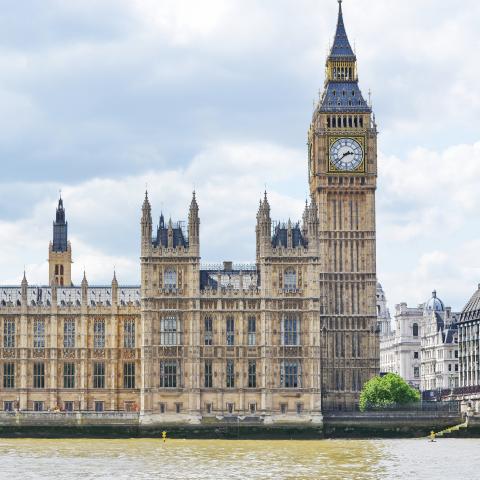 Gordon Brown told the BBC presenter Andrew Marr that the scandal of MPs’ dishonest expenses claims ‘offends my Presbyterian conscience’. And well it might. The scandal shocked the nation and led to widespread revulsion. The fall from grace of a number of MPs is unprecedented in recent history. The Speaker and several government ministers have resigned and some MPs may face prosecution. Yet I can’t help feeling a certain discomfort at the overwhelming reaction of the press and public alike. For the crisis of parliamentary standards should challenge the angel or demon in all of us.

Instead of just deploring our MPs’ behaviour, do we allow the whole sorry saga to touch our own consciences? Have we allowed it to prompt a reexamination of our own practices? Can we use the opportunity to turn the searchlight inwards?  The Daily Telegraph, which broke the story, ran an excellent series of scoops. But it was a Telegraph journalist who once told a media ethics think-tank: ‘If we are going to be whistleblowers on society we had better make sure our own whistles are clean first.’

How many of us are as lilywhite as we want our politicians to be? How many of us can say we have never cheated, for instance, in our income tax returns or avoided Value Added Tax by paying electricians or plumbers in cash? That deprives the exchequer as much, in spirit if not in scale, as MPs who cheat on their expenses.

One in seven insurance claims in are said to be fraudulent. I remember when I received a cheque for £700 from my insurance company to replace family lugguage lost abroad. That very day, the airline delivered my recovered baggage to our doorstep. I could have banked the cheque. The insurance company would have been none the wiser. Instead I phoned the company to say I was mailing the cheque back to them. After all, I was writing a book on business ethics. And anyway it was a matter of personal integrity: I knew I would have to live with my conscience. The woman on the phone replied, ‘Good heavens. Most people would have cashed the cheque anyway.’

It is an old saying that we get the politicians we deserve. Nonetheless the crisis of parliamentary standards is really a challenge to the conscience of all of us. No doubt we will vote out many MPs at the next General Election. But the great danger for democracy is that disillusioned voters move from mainstream parties to the extremes. In there is a rise in support for far right, racist and xenophobic political parties, as we saw in the recent European elections. As one back-bench Labour MP, a former government minister, commented, we face the need for justice or we face fascism.

There is of course a Biblical precedent in all this. Jesus tells his disciples that if you want to take the speck out of your brother’s eye, first take the blinding beam out of you own. One can imagine much laughter of self-recognition from his close followers. In other more dire circumstances he tells those who want to stone to death a woman caught in adultery: ‘Let he who is without sin cast the first stone.’ They all walk away and her life is spared. But he also warns her: ‘Go and sin no more.’

Dishonest expense claims expose a materialistic culture of ‘I want’ instead of a spiritual culture of ‘I serve’. The scandal may have destroyed our trust in politicians. But it is also a chance for each of us to ask ourselves if we are as honest as we expect our politicians to be. As a great Burmese educationist, Daw Nien Tha, used to say, ‘When I point my finger at my neighbour, there are three more fingers pointing back at me.’

The only way to restore trust in politicians is through a rediscovery of the virtues that underpin democracy—including radical self-honesty. A loss of conscience and a culture which says that ‘everybody does it’ are symptomatic of a loss of faith in existential and eternal values of right and wrong. We need decision-making that is based on moral and ethical values. We can all turn the searchlight inwards and examine our own practices.

Most MPs have a strong spirit of service and we may end up with a far more transparent, accountable parliament of far greater integrity in the long run as a result of the scandal. Can we claim the same integrity for ourselves? All of us can boot out the demon and reawaken the angel in our souls.

Michael Smith is an author and journalist and a member of the media ethics think-tank the International Communications Forum. www.icforum.org. He is an elder at Trinity United Reformed Church in Wimbledon.

First published in Reform, the magazine of the United Reformed Church, UK, July/August 2009.