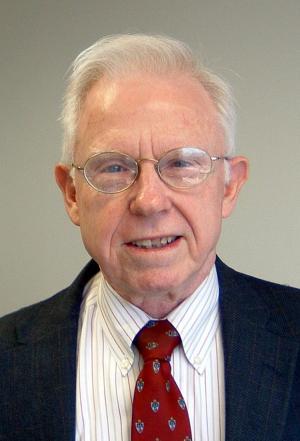 Bob Webb, a native of Mississippi, became Washington bureau chief for the Cincinnati Enquirer in the Nixon-Ford years, and worked for that paper for over 30 years as news editor, night city editor, editorial writer and columnist.

He was a newsman known for his vision for journalism as a force that could help to heal the deepest hurts and bridge the widest divides. In a 2007 speech, he said: ‘Mass media cannot solve our problems, but it can do much to create the atmosphere in which they can be solved.'

Bernard Margueritte, renowned TV commentator in Poland and former Eastern European correspondent for Le Figaro and Le Monde, said Webb’s ‘enthusiasm was able to uplift the spirit of the most disillusioned, jaded and frustrated colleague.’

As a former vice president of the International Communications Forum—of which Margueritte was the President—Webb was an original signatory to The Sarajevo Commitment, launched in that city by a world congress of journalists in 2000. The document, published in 30 languages, was a pledge by media professionals to combine ‘freedom with responsibility, talent with humility, privilege with service, comfort with sacrifice and concern with courage.’

‘Bob was a top-notch media professional who knew the difference between real news and excitement and understood journalism’s role to inform, clarify and where possible inspire,’ said Rajmohan Gandhi, a biographer of his grandfather Mahatma Gandhi.

Central to Webb’s larger message was his personal transformation on race.

‘As a journalist in Jackson, Mississippi, I had for a long time defended racial segregation,’ Webb wrote, in a memoir he never finished. But then he saw a film which prompted him ‘to apologize to the first black man he saw.’ That man happened to be an African, who responded, ‘After the apology, what?’ Webb said he spent the rest of his life trying to answer that question.

Webb subsequently wrote in the book Media Values (2010): ‘While I had known and liked many blacks—picked cotton with some—segregation was all I knew. I can only imagine and deeply regret how I must have hurt many people of colour with what I wrote…. One of the first things I did was to write to Dr [Martin Luther] King about my experience. He replied quickly with a beautiful letter.’ Webb joined Cincinnati’s delegation to the 1963 March on Washington where King made his ‘I have a dream’ speech.

After his retirement in 1993, Webb returned to Washington, where he was frequently seen at the National Press Club connecting his friends from around the world with one another.

The son of OB Webb and Ola Reagan Webb, he is survived by his son, John Robert Webb, and daughter, Mary Virginia (Ginny) Gibson, both of Jackson, Mississippi.

Written with inputs by Richard Ruffin.