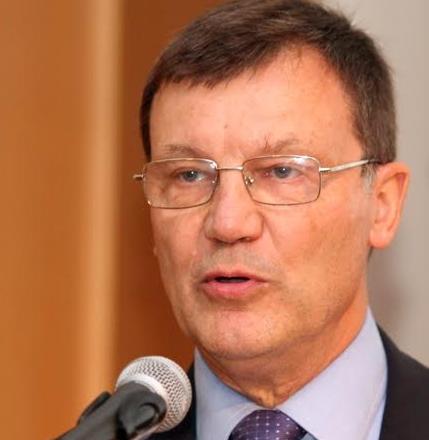 On 15 March 2014 the Richmond Times Dispatch published an article by Mike Smith, Head of Business Programmes for Initiatives of Change UK, headlined 'Trust and integrity in the global economy', across five columns on its Op-ed page. The strap headline read: 'Building a Sustainable Future'. The out-take beneath the headline read: 'I find in Richmond an integrity of purpose in the city's determination to come to terms with its history in order to build a future on a sound basis of trust.'

The article gives an outline account of some the US business people who are involved with IofC's TIGE programme, and flags up the annual TIGE conferences in Caux.

Let us, for a moment, stand Lenin’s infamous dictum—that “the ends justify the means”—on its head. Sorry, Vladimir Ilyich, you got it wrong. Time and again, we are shown that it is the means that determine the ends rather than the other way round.

This is what happened in banking and financial services which led to the crash of 2008. Not only greed but sheer dishonest means led to a disastrous end. You cannot possibly pretend that those who have no collateral can sustain their mortgage repayments. No amount of “slicing and dicing” of obscure derivatives, in order to spread the risk, was ever going to overcome the underlying dishonest premise. In the UK such mortgage lending became known as “liar loans”, when customers when encouraged to fabricate their incomes.

We in London, where I live, are in no position to point the finger of blame at Wall Street. Dishonesty continued in UK banking long after the crash. We have been reeling from the manipulation of LIBOR, the London Inter-Bank Offer Rate, which sets key interest rates; the scandal of HSBC’s money laundering in Mexico; and the miss-selling of Payment Protection Insurance to customers who could not benefit from it. Lloyds Banking Group alone has set aside £9.8 billion to cover compensation to cheated customers. That’s about half the total being paid back by UK banks.

Since 2008, nearly 6,000 London banking and financial service staff have been dismissed because of corruption, dishonesty or excessive risk taking. Things are beginning to change. CEOs are waking up to a new reality. Barclay’s Bank CEO Anthony Jenkins outlines five values—respect, integrity, service, excellence and stewardship—which he expects all his staff to “live and breathe”.

This is also what brings me back to Richmond, where I lived for four months in the 1980s. It is here in the USA and amongst US business people that I find signs of hope, despite the real hurts that many in the business community have suffered, following the market crash.

Take, for instance, the CEO of a big US sports clothing company, who was faced with the decision to dismiss employees after the crash of 2008, when credit seized up and the bottom fell out his market. “Is that a decision based on fear or on love?” his wife asked him. Out of real fear, he replied. “And what would your decision be if it was based on love?” she asked. Stung by this, he went away to think about it. Two hours later he told her that they would not dismiss anyone. They would need to put some staff on part-time working. But no one would lose their jobs. Now the company is thriving.

Or take Lady Susan Rice, the American Managing Director of Lloyds Banking Group in Scotland based in Edinburgh, and the first woman to head a British clearing bank. She chairs a professional standards board involving the nine largest UK banks. The aim is to encourage standards of professionalism in the industry. She talks about nine “Cs” of professional excellence, from customer and colleague to values such as community, conscience and care.

I’m reminded of Adam Smith’s emphasis on “the Impartial Spectator”, or “the man within” which acts like “the vice-regent of the deity”—in today’s language the conscience—without which we end up with a distorted notion of how capitalism should work. That notion of conscience is what the wolves of Wall Street forgot.

Take, also, the young woman from Colorado, now living in the UK, who did heed her conscience. With great courage she blew the whistle on theft of electronic stock in the telecoms supply company where she was working. Still in her early 20s, she risked her career in the interests of her integrity. The result? The company they were supplying was so impressed by her honesty that they said, “Come and work for us.” They offered her a new job in a new role—as “stock integrity manager”.

It’s that word integrity which also brings me back to Richmond. For I find here an integrity of purpose in the city’s determination to come to terms with its history in order to build a future on a sound basis of trust.

For the past six years I have been involved in organizing conferences and forums on ‘Trust and Integrity in the Global Economy’ in the Swiss Alpine village of Caux. They are held at the Initiatives of Change centre there, a glorious mountain location 1,000 metres above Montreux. I’m here in Richmond to invite more US business people to take part with us, sharing their experiences, encouraging the values of honesty and integrity which build trust and a sustainable future—the best means that secure the best ends.