Can ESG deliver? Only if it radically changes its definition of Governance 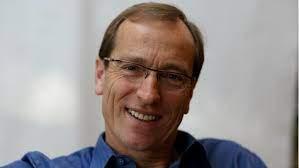 Mark Goyder, business author and founder of Tomorrow’s Company think-tank, posed the question: ‘Can ESG (Environmental, Social and Governance issues) deliver a sustainable and equitable global economy?’ Answering his own question, he said: ‘Yes, but only if we are clear about wealth creation; the company’s role; the role of investment; the role of government; and prioritising future generations.’

He was addressing a webinar hosted by Initiatives of Change in Business and the Economy (ICBE) on 20 September.

Goyder invited his audience to give their own definitions in the online chat. Among their 30 responses were: ‘ESG provides the metrics to assess whether a company is a responsible business’; and ‘Making environmentally and socially sound decisions for the long-term.’ Only a small minority defined ESG as a set of criteria used by investors. Even the most respected advocates of ESG acknowledged that there was little agreement on a definition.

ESG emerged from a 2005 UN Global Compact report and conference: ‘Investing for Long-Term Value—integrating environmental, social and governance value drivers in asset management and financial research.’ Conference participants wanted to see ESG permeate the mainstream of investment. One had warned that ‘pigeonholing ESG as a separate category will kill it,’ adding: ‘In the fund management industry ESG is becoming just what the pioneers feared—a fashionable investment category.’

This helped to explain why ESG had become politicised in North America. Republican Vice-President Mike Pence had said in 2022 that ‘the woke left is poised to conquer corporate America and has set in motion a strategy to enforce their radical environmental and social agenda on publicly traded corporations.’

Goyder focused particularly on the defects in the ‘G’ of ESG. It placed no value on entrepreneurial flair and innovation.

He instanced Better Life Farming, an initiative in India which mobilises smallholders to achieve higher productivity through sustainable methods. He also quoted the late Jamsetji Tata who had built up the Tata group of companies and believed that ‘In a free enterprise, the community is not just another stakeholder in business, but is in fact the very purpose of its existence.’

Goyder contrasted the narrow concept of governance expressed by PRI (the UN Principles for Responsible Investment) with the living concept which had been fleshed out by Tomorrow’s Company over two decades. The G in ESG needed redefining to do justice to the core elements in well-led, well-owned companies. This included a focus on purpose, values, and relationships, and seeing the board in partnership with the owners as stewards of the company, with a mandate to pass the business on to successors in better condition.

In the listed sector the best examples of this were the companies which retained strong family ownership, as demonstrated by the Credit Suisse post-pandemic index which showed family-owned businesses ‘pursuing a longer time horizon in their investment strategy, delivering more stable and superior through-cycle profitability, and ultimately driving significant excess returns for all shareholders, minorities included. Asia Pacific has seen the most pronounced effect, with compound excess returns of close to 5 per cent a year since 2006.’

Family businesses, Goyder added, ‘transcend this year’s results. They know why they exist.’

He described stewardship as ‘The active and responsible management of entrusted resources now and in the longer term, so as to hand them on in better condition.’ Stewardship, he said, involved ‘setting the course, sensing and shaping the landscape, driving performance, planting for the future.’ The ‘G’ of Governance needed redefining so that it not only valued entrepreneurship but also took account of a company’s stewardship quality.

Turning to the role of government and the need for a systemic policy focus on future generations, Goyder called for radical change in regulation. Amazingly the terms of reference of the UK’s regulators of water, electricity and financial services barely mentioned future generations. The emergent British Standard known as The Trust Test (BS 95009) offered a framework by which to assess the character of private sector companies bidding for public sector contracts.

Quoting his latest book Entrusted: stewardship for responsible wealth creation (2022), co-authored with Ong Boon Hwee, he asked: ‘How do we make our system of wealth creation no less adventurous, but at the same time more human, more honest, more responsible, more inclusive, more engaging, and more respectful of the needs of our grandchildren? How do business leaders, investors and policymakers create, lead and influence companies that we can all have trust in and be proud of, and thereby pave the way for a better form of capitalism, one which serves society and safeguards the future?’

‘The company is a living system,’ he concluded. ‘Employees are its lifeblood. Management is the heart which keeps the blood pumping. Strategy is the brain. Measurement and communication are the central nervous system. Culture is the DNA. Leadership and continued entrepreneurial energy are its soul and spirit. Governance and accountability are its rhythms and disciplines. Like exercise, they are a means of keeping this living organism fit and lean.’

For ESG to recover its credibility it needed to redefine governance in these much broader terms.