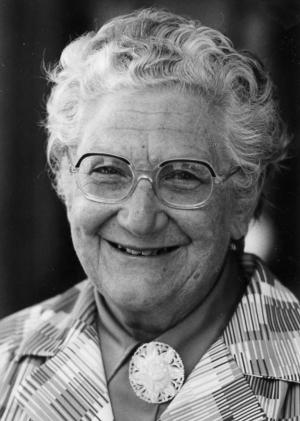 Interpreter of Islam respected across the Muslim world

The Islamic scholar and author of the groundbreaking book The Muslim Mind, Charis Waddy, who has died aged 94, was the first woman to graduate in oriental languages from Oxford University. Born in Sydney, she studied Arabic and Hebrew at Lady Margaret Hall in the early 1930s, gaining a first-class degree. She went to London University for her PhD, a study of the 13th century historian Muhammad Ibn Wasil.

In The Muslim Mind (1976), Waddy's aim was to explore how Muslims approach practical and contemporary issues - from family life, women's rights and forgiveness, to war and the true meaning of jihad. The Muslim intellectual, political and religious leaders she quoted at length were her personal friends, met during her travels to the countries of the Middle East, including Egypt, Lebanon, Turkey, Syria and Iran, as well as to Pakistan, India and Malaysia.

They included the Egyptian secretary-general of the Arab League, Abdel Khalek Hassouna, who, in 1958, played a crucial role at the UN in averting war between the superpowers in Lebanon, and Dr Ahmet Emin Yalman, editor of the Turkish newspaper Vatan, who survived an assassination attempt and promptly forgave his would-be killer.

The cheerfulness of Waddy's questions, and the candour of her respondents, provided a welcome change from the frequently arid Western discourse on Islam. As a result, she was held in the highest esteem by Muslims. The foreword to her book was written by the Sheik al-Azhar, Dr Muhammad Abdul Halim Mahmud, a rare honour for a Christian. The sheik, who presides over Cairo's al-Azhar University, is regarded as one of the highest religious authorities in Islam.

The third edition of The Muslim Mind was published in 1991, just before the outbreak of the first Gulf War. Among those who went, unexpectedly, to the launch in London was Benazir Bhutto, whom Waddy had befriended when the former prime minister of Pakistan was a student at Oxford. 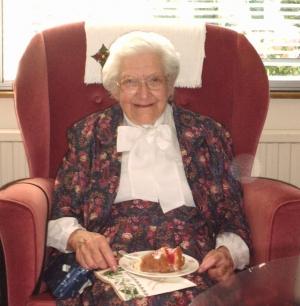 Waddy had written Women In Muslim History (1980) and in 1990 was awarded the Sitara-I-Imtiaz (Star of Distinction), one of Pakistan's highest civilian honours, for her role in promoting understanding of Pakistan, and particularly its women, in the West.

British Muslims also appreciated Waddy's open-hearted approach. At the height of the first Gulf War, the leaders of Bradford's Council of Mosques welcomed her to their city, and an article by Waddy, calling for understanding of Muslims' misgivings about the war, appeared in the local Bradford newspaper. "Iraq-Mesopotamia," she wrote, "has had its share of tyrants, such as Nebuchadnezzar. More importantly, it gave to mankind Abraham, that friend of God and father of believers."

Waddy's love for the Middle East and its peoples grew out of her upbringing. She was born in Parramatta, the daughter of the Reverend Stacy Waddy, headmaster of The King's School. He resigned to become a chaplain to the Australian forces in Palestine during World War I. After the war, with his wife and five children, he returned to Jerusalem to teach.

Charis was educated at the Jerusalem Girls' College, where her friends included Arabs, Jews, Greeks and Armenians. Her experience there shaped her world view as she absorbed the common heritage of the monotheistic faiths.

At Oxford, her academic mind hid a shyness that made her awkward with people. But she gained a freedom of spirit after encountering the Oxford Group, later known as Moral Re-Armament and now renamed Initiatives of Change. This gave her, she was to write later, three "skills of discernment": the capacity to listen attentively to others and to the "still, small voice within"; a sense of right and wrong; and a purpose in life.

After gaining her doctorate, Waddy enrolled with the Oxford Group in 1935. She spent most summers of the next 50 years helping to host its international conference centre in Caux, Switzerland, which had opened in 1946 as a centre of reconciliation and healing after World War II.

She returned to the Middle East in the 1960s; a stay of several months in Lebanon gave her material for her first book, Baalbek Caravans (1967). She returned to Australia, after more than 50 years away, to give a paper at the International Congress of Orientalists in Canberra in 1972. In 1977, she was a visiting professor at Cairo University.

Three weeks after the assassination of Indira Gandhi in 1984, Waddy was in Calcutta, where she was invited to lecture at the Shantiniketan ashram of the Bengali poet Rabindranath Tagore. Moving to Karachi, she gave a talk to the Hamdard Foundation, an Islamic medical institute. Her travelling companion recalled that she "approached life with zest, enthusiasm and a gleeful chortle of laughter. Her acute mind was always mediated through her heart, so that she avoided a cold intellectualism."

Waddy, who was unmarried, spent her last years in Oxford, where she shared house with Christine Morrison, a founding fellow of St Anne's College. She was much in demand as a speaker for Christian audiences wanting to know how to relate intelligently to Muslims.

In hospital shortly before she died, a visitor asked her how she was. She replied with the Arabic words, "Al-hamdu lillah" - "Praise be to God". Dr Zaki Badawi, principal of the Muslim College in London, saw Waddy as "a great gift to the interfaith movement, of which she was a towering contributor".