Crisis of confidence ignites a crisis of conscience, Credo column, The Times 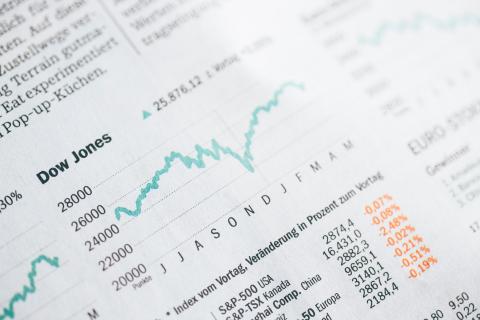 This article by Michael Smith first appeared in the Credo column of The Times on 7 November 2008.

Never has a financial crisis focused so starkly on moral, ethical and even spiritual issues. The words used by commentators have run the gamut of emotions: greed, dishonesty and fear, panic replacing confidence, risk and hubris versus prudence, and faith in the banking system or lack of it. Never have the virtues of trust and integrity been more needed in the global economy.

The whole edifice was built on maximising profit, and a dishonest assessment of individual borrowers’ creditworthiness. It was bound to end in tears, and now millions pay the price in increased taxes and unemployment. Despite the pain, it may all be healthy in the long run. The crisis is a chance to re-examine fundamental motives; and to ask how capitalism at its best is supposed to work. Where is our faith place? In markets and profit? Or in something deeper?

Of course we all want our finances, including our pensions, to be in safe havens. We search for the best returns on our assets. We move money around. Indeed there is a biblical precedent in Jesus’s parable of the investment and return on talents. The one whose talents increased the most was most praised. The one who buried his talent in the ground (under the mattress?) was most condemned.

But those who are driven solely by the profit motive and “the love of money”, described by St Paul as “the root of all evil”, are discovering that security based on material wealth is an illusion. A curious weakness of human nature says that the more we have, the more we still want. When Rockefeller was asked “How much is enough?” he is said to have replied, “Just a little more”. Yet the roots of security and satisfaction lie elsewhere, not in amassing wealth but in seeking the divine purpose for our lives.

The crisis has called into question the whole capitalist system. Karl Marx’s Das Kapital has been flying off bookshelves. Could the capitalist edifice totally collapse, corrupted from within, like the Roman Empire? Given that it is still the only show in town, how can capitalism be rescued from itself? To answer that question, we can turn to the father of capitalism himself.

We remember Adam Smith for his emphasis on the “invisible hand” of the free market. If each person pursued their own interest, then the common good would also be served. But there was much more to it than that.

Smith was professor of moral philosophy at Glasgow University (1752-64), and it was, he said, “by far the most useful and therefore by far the happiest and most honourable period” of his life.

In 1759, 17 years before he published The Wealth of Nations, he wrote The Theory of Moral Sentiments. In it he referred to “compassion, the emotion we feel for the misery of others”; and “the Impartial Spectator” inside each of us which acted like “a demi-god within the breast”. It was “there to speak for itself and for others”. And “in the race for wealth, if injustice is done, the Impartial Spectator changes sides”. In other words, greed and the profit motive could not be condoned if they led to injustice.

Moreover, Smith described the “man within us” — in today’s language the conscience — as “the Vice-Regent of the Deity”; we needed to “co-operate with the Deity and advance, as far as in our power, the plan of Providence”.

As Stephen Young, of the Caux Round Table group of business executives, argues in his book Moral Capitalism, the separation of Smith’s two texts has given us a distorted notion of how capitalism should work.

Capitalism cannot be separated from conscience and even a divine providence, a guiding hand. For without conscience, without the “invisible hand” of divine grace, untamed capitalism too easily leads to corruption — and to the greed and dishonesty, the loss of humanity and common sense, that we have recently seen in the financial markets. To rescue capitalism and the banking system, we need to revisit Adam Smith’s moral philosophy — and our own consciences.