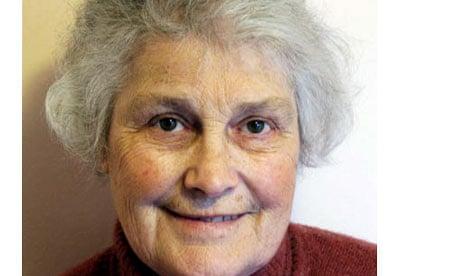 My colleague and friend Dell Williams, who has died of cancer aged 76, was a magazine and theatre publicity designer; she was married for 44 years to the playwright Hugh Steadman Williams.

Born Susan Dell Filmer in Bearsted, near Maidstone, in Kent, she trained at the Maidstone School of Art and the Central School of Art and Design in London. From the mid-1950s, for nearly 10 years, she designed the page layouts and did the photo research for New World News, a quarterly colour magazine, published in Geneva in numerous languages by the Moral Re-Armament (MRA) movement.

She and Hugh were married in 1965 and they spent a year in East Africa travelling with the MRA musical show Harambee Africa. Returning to London, they took part in the opening of the Westminster Theatre Arts Centre, in 1966. MRA had bought the theatre in 1946; it became the principal centre of Christian drama in London and MRA oversaw its expansion into a full-blown arts centre, where Dell became a graphic artist for the theatre's publicity.

For nearly two decades, she was the page designer and photo researcher for Friends News, the newsletter published by the Friends of Westminster Productions, which was renamed Friends of Renewal Arts in 2008. She was a founder member of Renewal Arts, a charity that organises week-long arts festivals in Caux, Switzerland.

Dell and Hugh's two sons, Olly and Greg, inherited her artistic flair. Olly is one half of the wildlife painting duo Olly & Suzi; Greg is a photographer, renowned for his behind-the-scenes photos of movie stars. Dell is survived by Hugh and her sons.