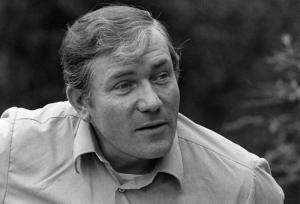 The trade union activist Dick Cosens was an unsung hero of the British aerospace industry who played an influential role in campaigning for British manufacturing jobs.

He was convener of shop stewards at the British Aerospace factory in Hatfield, where he was a lathe machinist working on the BAe 146 jet liner. In 1965, he founded the Action Committee for European Aerospace, involving engineering workers of his own union, then the Amalgamated Engineering Union, members of the Transport Salaried Staffs' Association, and managers. The aim was to engender cooperation between the British, French, German and Spanish aircraft workers who were building Concorde at a time when many experts believed that national pride and technical challenges would prove too much to see Concorde into production.

Cosens organised visits of British workers to meet their French counterparts at Toulouse. On their first visit, he disarmed the French by apologising for the stereotypical image that some British hold of the French. "He made great friends of the tough French and German trade union leaders – some of them quite confrontational," recalls Mike Ramsden, who as the editor of Flight International magazine travelled with Cosens to Toulouse.

Cosens invited the continental union leaders to visit Parliament in Westminster as well as the BAe factory in Fulton near Bristol, where Concorde and the wings for the Airbus were built. He arranged similar visits to Germany and Spain.

Senior figures in the industry, including the late Sir Richard Smeeton, Director of the Society of British Aerospace Companies, said that without the decade of work put in by the Action Committee, Concorde might never have taken to the skies. Concorde's iconic status led on to the construction of the European Airbus, also aided by the rapport established between the various national workforces.

Tony Benn, Minister of Technology in the 1960s, pulled Britain out of the development of the Airbus, leaving Britain with no management role. But, says Ramsden, "Dick's influence helped secure the British share of Airbus. Every pair of Airbus wings has been built at Chester and Fulton. This is his greatest memorial."

The European Airbus competed with Boeing in the global aircraft market. But Cosens never saw his support for the Airbus as being anti-American. He and a French colleague visited and kept in touch with the AFL-CIO, the American trade union confederation, to assure the American workers of this. Public figures supported the Action Committee and this led to Cosens' friendship with the Second World War air ace Sir Douglas Bader as well as the Formula 1 motor racing champion Graham Hill.

After leaving British Aerospace in 1975, he launched Action '75, a campaign to support the British motor industry, including the Michael Edwardes recovery plan for what was then British Leyland. Action '75 involved members of the Society of Motor Manufacturers and Traders (SMMT) as well as keeping contact with the industrial conciliation service ACAS.

Cosens was also a campaigning journalist on The Industrial Pioneer, a workers' newspaper published in the West Midlands. Its editorial ethos was in the social democratic tradition of Keir Hardie rather than the hard-left line of Trotsky, Marx or Lenin. Cosens' overriding passion was to preserve British manufacturing jobs, to help create the wealth essential to pay for public services.

He used his position on the paper to help save the Llanwern steelworks from closure. In 1980 the Iron and Steel Trades Confederation called a national steel workers' strike in protest at the closure of state-owned steel plants across Britain. Twelve were closed and the 13th on the list was Llanwern in south Wales. Cosens facilitated working dinners between Llanwern shop stewards, local union officials, managers and steel purchasers—members of the Confederation of British Industry – who were threatening to boycott Llanwern. The latter promised to continue purchasing from Llanwern after appreciating the responsible attitude of the local union leaders.

Cosens then arranged meetings between the Conservative government and ISTC members, one Tory MP commenting on the spirit of trust built between them despite their political differences. The union members explained the work they and Llanwern management were doing together, seeking to put their house in order. The government listened and, though the workforce was cut by 5,500, production at Llanwern continued till 2007. It now remains as a rolling mill. Llanwern's survival became known in the media as "the Llanwern miracle". Subsequent meetings between Nissan bosses and the same Llanwern steelworkers helped to persuade Nissan to invest in car production in Britain.

Sir John Hoskyns, head of Margaret Thatcher's No 10 policy unit, says that the saving of Llanwern was "an extraordinary achievement by senior management and some remarkable trade unionists". Hoskyns first met Cosens and his colleagues in the mid-1970s, "when I realised that there were people in the trade unions who were trying to do something very different from the old warriors of the far left." Cosens was a great raconteur and over a long lunch in 1999, Hoskyns recalls, "Dick was so interesting – and very funny."

Richard Martin Cosens was born in Coulsdon, Surrey, in 1933. He married Margaret Richardson, from an Australian farming family, in 1981. They lived in Coventry and then for 11 years at Tirley Garth, an estate and conference centre in Cheshire then owned by the Moral Re-Armament movement.

This was useful for Cosens' bridge-building work with industries in the West Midlands. He never sought recognition for himself. But Lord (Bill) Jordan, former general secretary of the engineering workers' union, remembers Cosens as a powerful yet reassuring man who had a calming effect on people. "That combination was very effective in bringing people with serious differences together. His solid, reliable presence had the effect that differences could be overcome."

Mike Ramsden adds: "There are not many people who can spend their lives working on a lathe and yet be made welcome in the highest offices of industry and the state. He opened doors right to the top. It was a tremendous achievement. That was the MRA thing - that you change the world by changing people first and then get them around the table. He was never a preacher but just applied it."

Following an operation for cancer, Cosens died aged 76 in the Countess of Chester Hospital where Margaret had worked for 12 years.

First published in The Independent, 13 October 2009