Farmers who tackle carbon footprint help save the planet 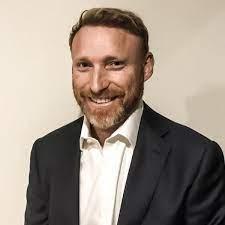 The purpose of Earthbanc is to ‘enable the transition to a net zero [carbon emissions] world’, says its founding CEO Tom Duncan from Australia. The impact fintech company audits the world’s carbon offset market and checks the claims of carbon project developers to ensure the claims are true. These tackle ‘greenwash’ and bring much needed transparency to carbon offsets, at a time when carbon dioxide and methane are the main greenhouse gases which accumulate in the atmosphere, leading to dangerous levels of global warming.

The need, Duncan says, ‘is to use science to solve the problems of carbon offset claims with very accurate measurements using satellite imagery and remote sensing data. The sequestering of carbon in soil, trees, mangroves and sea grasses needs to make up 40 to 50 per cent of all carbon reduction and removal activity, to meet the Paris climate agreements. Farmers and foresters, he says, are the key to drawing carbon out of the atmosphere, and stopping land-based emissions of methane, by adopting regenerative and biological farming methods.

Duncan has been greatly helped in this by the European Space Agency which he approached to help develop carbon monitoring through satellite tracking. This, he says, is 96 to 99 per cent accurate in measuring carbon in soil and trees, on farmers’ land plots as small as 200 square metres, whereas the industry average for carbon projects previously required 600 hectares or more, for carbon offset projects to be economic. This Earthbanc technology breakthrough has increased project sizing efficiency 18,000-fold and opens up carbon incentive payments to the 500 million smallholders globally, who previously could not access them. This is important to make carbon markets fairer, not just more transparent. It means, for instance, that farmers can assess their carbon impact on a quarterly or annual basis rather than every five years under the older voluntary carbon verification systems of assessment.

Duncan was the guest speaker to a business webinar, in a series on The Meaning of Sustainability, organised by the business and economy programme of Initiatives of Change (IofC Business & Economy), on 12 October. It was hosted by business consultant Antoine Jaulmes, a former automotive industry executive who is now chairman of IofC B&E.

Duncan told how he came to his convictions through ‘the trials and tribulations’ of his family background in farming in the 1980s. The family grew avocados, grapevines, kiwifruit and other produce, ‘in close to a desert situation’, facing the extremes of floods and wildfires. They were ‘farming on the margins’. Then in the 1980s interest rates soared to over 20 per cent. ‘How were farmers meant to survive?’ he said. It would impact food security locally and globally.

He joined AusAid (Australian Agency for International Development) and went to China in 2004. The aim there was to help modernize sustainable land and water management of the large regions that were running out of water and in need of ‘integrated water management’, to hold water in the soil rather than using synthetic fertilizers which had depleted soil organic carbon. Later that year he joined the Melbourne Water Corporation who manage the water supply for a city of five million people, as well as thousands of waterways, rivers and floodplains. All this gave him a deeper understanding of ecosystems, including paying farmers through government grants, funded by ‘Nitrogen Offsets’, to preserve their water resources and the water quality.

For 10 years he attended conferences at the IofC centre in Caux, Switzerland and has been on the steering committee for the Initiatives of Land, Lives and Peace (ILLP) which organises the Caux Dialogue on Environment and Security. A pivotal moment, he said, was meeting the soil scientist Professor Rattan Lal in Caux in 2013. He was also working on the science of how to regenerate the soils of 2.5 billion hectares of land, including the water- and carbon-holding capacity of soil. This, for instance, could be applied across the Sahel desert region of Africa, Duncan commented. If 2.5 billion hectares could be regenerated then this land area could sequester all of humanity’s emissions every year—thus providing a much-needed solution to prevent runaway climate change—as well as ensuring local and global food security and stopping the march of desertification and land degradation. 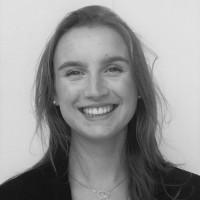 A big challenge for small farmers is the cost of assessing and measuring their carbon sequestration, as he and Charlotte Piccoli (left), an environmental engineer from Paris, emphasized. Microfinance was supporting farmers in places around the world such as the Sundarbans of West Bengal, where farmers breed honeybees and where Earthbanc can provide finance to expand bee keeping and mangrove restoration of blue carbon (carbon capture by the world's oceans and coastal ecosystems). ‘Regenerative farmers need to access funds at much cheaper rates of interest,’ Duncan said, and carbon payments can subsidise the transition to sustainable farming.

In Guatemala, Earthbanc assessed small scale farmers with an average of two hectares, covering a total area of 100,000 hectares. Their average income is $350 annually. Yet they could receive ‘life changing’ income through receiving $200 in carbon payments annually. And ‘more water-holding capacity leads to greater productivity and profitability. We are talking about a real revolution to democratize access to carbon markets and access to supply chain finances.’

Duncan said the need was to ‘collaborate in partnering projects, including with NGOs [Non-Governmental Organizations]’ to address the ‘upfront costs of transferring to organic farming’. The target, he said, should be 2.5 billion hectares to sequester all of humanity’s emissions annually.

He concluded that Earthbanc’s call to action is to ‘people who want to align their own wealth with planetary health.’ And farmers were the best partners to help corporations and individuals offset their carbon emissions, with precisely measured carbon in trees and soil. 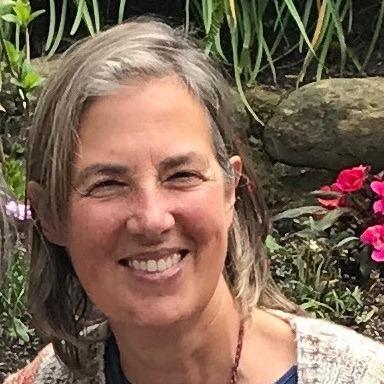 In the group discussions that followed Duncan’s talk, Maria del Corral (right), a small-scale farmer from Colombia, said she had planted 1,160 trees of 25 species.

The British doyen of environmental journalists Geoffrey Lean pointed out that methane is responsible for 40 per cent of the world’s greenhouse gases, and drops out of the atmosphere within eight years, compared with the centuries that carbon dioxide remains. Tackling methane emissions, from cattle to rice paddy fields, through sustainable and regenerative feeding and planting methods, was ‘low hanging fruit’ that the world was only now beginning to wake up to. Tackling methane emissions ‘could have bought us decades’, he commented. He predicted this would be on the agenda of COP 26 in Glasgow, where world leaders will gather at the end of October to address ways to mitigate global warming.