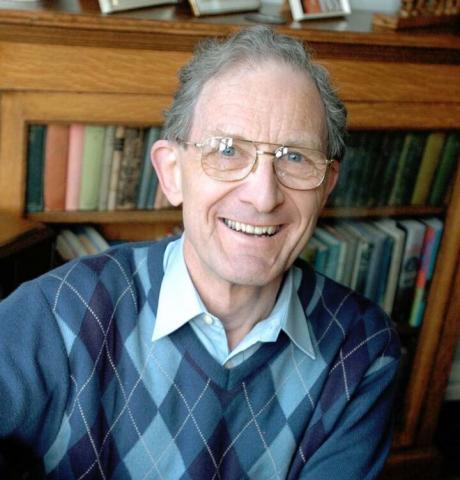 My colleague Gerald Henderson, who has died aged 86, was a community relations activist in Liverpool who sought to heal the legacies of the transatlantic slave trade.

Gerald was a British representative of the Hope in the Cities movement, which emerged in Richmond, Virginia, in 1990, under the auspices of the Initiatives of Change organisation (formerly known as Moral Rearmament or MRA). He made several visits to Richmond, the former Confederate capital, and in 1983 he facilitated the visit to Liverpool of a Richmond multiracial group, invited by Alfred Stocks, the city’s then chief executive.

Liverpool had accumulated great wealth through the transatlantic slave trade, Liverpool ships making 5,000 crossings on slaving routes. Gerald and Stocks thought Richmond might have something of value to share with their city. The Liverpool-Richmond collaboration continued for more than two decades. In 1993, Gerald and his wife, Judith, spent several weeks in Richmond, when the city held a Healing the Heart of America conference. People from some 50 cities took part.

Liverpool was one point of a “reconciliation triangle” linking Richmond, Liverpool and the republic of Benin in West Africa. Reconciliation statues, designed by the Liverpool sculptor Stephen Broadbent, were erected in all three locations.

In 1999, Liverpool’s city council passed a resolution of “unreserved apology” for the city’s role in the slave trade and, in 2007, Virginia became the first US state to apologise for promoting slavery. That year, Gerald took Liverpool leaders to Richmond for the unveiling of the reconciliation statue there.

Gerald was born in Ealing, west London, the son of Douglas Henderson, a businessman, and his wife, Erina (nee Tilley). Gerald and his brother Michael were evacuated to family friends in Boston, US, for the duration of the second world war. Returning to London, he was educated at Mill Hill school.

On leaving school, he became a full-time worker with the MRA movement, which strengthened his Christian faith. This took him to the Ruhr, Germany, for three years in the early 1950s, in a work of postwar reconciliation. He spent 16 years in Nigeria and Ghana with MRA from 1961.

Gerald married Judith Sykes in 1971 and on returning to the UK in 1977, they lived at the MRA centre near Tarporley, Cheshire, until 1982. Then they moved to Allerton, Liverpool, where Gerald worked closely with the community relations council following the 1981 race riots in the city. Their home became a place of hospitality for people of all backgrounds.

In 2009, Gerald Pillay, vice-chancellor of Liverpool Hope University, awarded them both honorary fellowships.

Gerald retired in 2011 after being diagnosed with Alzheimer’s disease. He is survived by Judith and by his older brother, Michael.

First published in the online edition of The Guardian in its Other Lives column, 9 November 2020