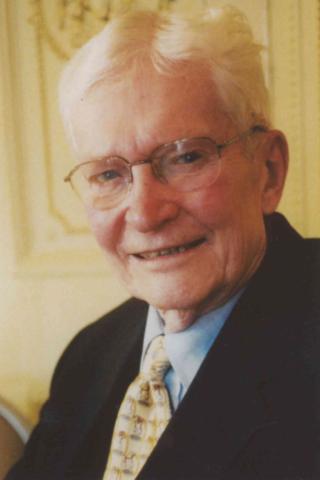 Winston Churchill told the Australian journalist and wartime pilot Gordon Wise that “it is a great thing to have a great aim in life” when they met at the end of World War Two.

Wise had been a Sunderland flying boat pilot with the Royal Australian Air Force, based in Pembroke Dock, South Wales, during the war. Their mission was to prevent German U-boat attacks, escort Allied convoys and support the D-Day landings.

He first met Churchill in October 1945. The wartime leader, by then in Opposition, was ill in bed but this did not prevent their encounter in Churchill’s London home. Wise chanced his luck by saying he had wanted to pay his respects on behalf of his father, Frank Wise, then premier of the state of Western Australia, and the Australian prime minister, Ben Chifley—both of the Labor party. Churchill was somewhat bemused, but even more so by the presentation of a tin of Australia’s finest peaches.

But they met again, two years later. The “great aim” that Churchill commended Wise for was the work of reconciliation between nations following conflict and teamwork between the traditionally opposed forces of capital and labour that Wise had espoused in the course of his encounters with the Oxford Group, by then known as Moral Re-Armament (MRA). This was despite Churchill telling Wise that he had been against the 1930s movement amongst Oxford University students, founded by the American Lutheran minister Frank Buchman. At this time, Wise also met Prime Minister Clement Attlee and many of his Cabinet to brief them on MRA’s activities and see how they could support the reconstruction process 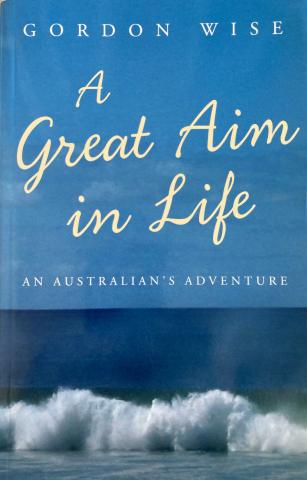 “A Great Aim in Life” was to become the title of Wise’s memoirs (2006). In it he described needing to learn “to be of assistance and to give friendship to those who had great responsibility on their shoulders… enabling growth in others was my main role, not seeking recognition and place for myself… MRA had [a] role, enabling great changes to take place without the world always recognising how it was they happened.”

He was Secretary to the Oxford Group’s Council of Management from 1971 till 1982. As such, he became the de facto leader of MRA in Britain with considerable international influence within the organisation.

Wise’s calling took him to 49 countries and meetings with 55 prime ministers, presidents, governors-general and other heads or former heads of government. It entailed 75 visits to the United States, where he was a member of the US board of MRA, and filling 14 passports from 1947 onwards.

The context for his mission was the ideological Cold War. The Hungarian-born author Arthur Koestler had described communism as lying “on the neglected conscience of the West”. Wise saw the rise of Soviet communism as “a reflection of the failure of capitalism, not a viable alternative in itself”. Rather, he believed, that “having created the world, God must have in mind the biggest and best purpose for each of us.”

Gordon Scott Wise was born in Atherton, Queensland, on 25 March 1923. When he was five, his father, a specialist in the cultivation of tropical fruit, moved the family to Broome and then Carnarvon in Western Australia where he helped to establish its banana industry. The family moved to Perth in 1933 after Frank Wise was elected to Parliament by local farmers and took up a succession of cabinet posts.

Gordon Wise won a scholarship to Perth Modern School where he was the editor of the school magazine. This would stand him in good stead when, for 14 years in the 1960s and 1970s, he became first General Manager then weekly correspondent for the Bombay-based political magazine, Himmat, founded by Rajmohan Gandhi, a grandson of Mahatma Gandhi.

His last year at Perth Modern School led to a “spiritual intervention” in his life, aged 17, when his girlfriend was invited to an MRA house party. A clergyman spoke about “absolute surrender to God”. This got under Wise’s skin, especially as his arch enemy at school, Jim Coulter, was also at the meeting. “If I ever tolerate Jim Coulter, there must be something in this MRA,” Wise commented. They were to become the best of friends.

At first, Frank Wise disapproved of his son’s calling to work with MRA, having had political ambitions for him. But years later, he invited his son to address the state parliament.

Wise’s initial mission was to support leaders of the post-war labour movement, in Britain, including Ernest Bevin, but it also took Wise to the bombed-out post-war Berlin and to the port of Calcutta, where he befriended labour leaders there, including Sibnath Banerjee, president of the socialist trades unions of India.

Colleagues invited Wise back to Britain in 1962, where he met Marjory Wright, a fellow MRA worker from Aberdeen. They were married in 1966. They lived at first in Liverpool and then were hosts at MRA residences in London for 23 years. Wise developed contacts with people in industry and the trade unions, in a bridge-building work at a time of industrial unrest.

They also welcomed a range of guests at working dinners on topical issues, including the newspapermen Lord Thomson of Fleet and William Rees-Mogg. Faith leaders also came to discuss “the moral regeneration of Britain”. Among them were the Catholic Cardinals, Basil Hume and Cormac Murphy-O’Connor, the Chief Rabbi Dr Jonathan Sacks, Bishop Richard Chartres, and Dr Zaki Badawi, the Principle of the Muslim College in London.

One enduring friendship was with Cardinal Franz Koenig, the Archbishop of Vienna, who described MRA as “an apostolate of the laity”. He would take holidays with the Wises in Florida, invited there by American colleagues. Eventually, at a Friday evening Mass in Vienna in 1995, Cardinal Koenig blessed their reception into the Catholic Church.

They retired to Taplow, Berkshire, where Wise suffered a paralysing stroke in 2002. Although reduced in mobility, a remarkable recovery allowed for over a decade more of international adventures. They moved to Ticehurst in East Sussex in 2004, where he died on 4 October aged 97. He is survived by Marjory and their son, Gordon, a literary agent with Curtis Brown and former President of the Association of Authors’ Agents.

This obituary was first published on the website of Initiatives of Change UK, www.iofc.org.uk, on 2 November 2020