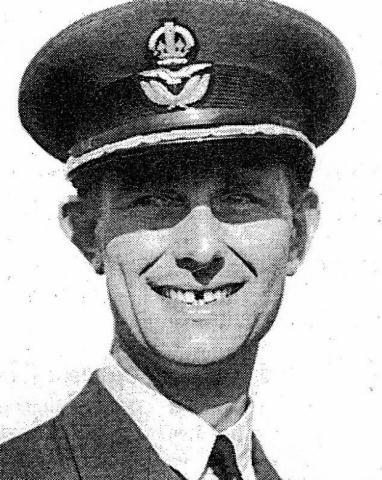 The emergence of British Airways—in the shape of it forerunner BOAC—after 1945 owed much to the wartime experience of RAF Transport Command. As the war dragged on, men and materials, until then carried by sea, increasingly took to the air in flights that spanned the world.

Much of this development started during the North Africa campaign and the siege of Malta, both theatres of war in which ships were shown to be easy targets for aircraft and submarines. At the heart of it was Patrick Foss, then a young wing commander.

Educated at Pangbourne Nautical College, Foss joined the RAF in 1932, though with a view to a career in civil aviation. But the war claimed his services and he was to remain an RAF man. In the summer of 1940 he flew in the Battle of Britain and took part in early bombing raids over Germany.

He was subsequently sent to Malta where he commanded a Wellington squadron operating from the island in sorties against Sicilian and southern Italian ports. Naples, Bari and Brindisi were all raided in the autumn of 1940 with the aim of harrying Italian supply lines to their forces in Albania—from where they were attacking Greece—and in Libya.

In addition to being a potential hornet’s nest of bombers Malta was also used as staging post for aircraft flying from Britain to Egypt where the Desert Air Force was being built up. This was a flight on which they were extremely vulnerable to attack by the air forces of both the Axis allies, quite apart from the fact that accurate navigation was required to find such a small island and many of the ferry crews were not particularly experienced, since seasoned crews were desperately required for the air defence of Britain.

Foss discovered that the casualty rate in ferrying aircraft to Malta—one in four was lost—was higher than that sustained by Bomber Command on operations over Germany. This angered him, and he drafted a training pamphlet How to find Malta in the dark. It caught his seniors’ attention and he was ordered to report to the Air Ministry in London. Aged 27, he was appointed Assistant Director of Organisation, Ferrying.

As such, he was responsible for organising the transport of airborne invasion forces as well as for flying high-ranking Russian and American officials and British VIPs. They included Churchill on his secret mission to the Mediterranean, Cairo, Casablanca, Moscow and eventually Yalta. In his autobiography, Climbing Turns, Foss describes his first encounter with Churchill. The Prime Minister asked, 'Who is this young man?' Informed that Foss was his air transport adviser, Churchill looked at him and said, 'So you are taking me to see Joe?' For a wild moment, Foss could not think who Joe might be. Then he realised that Churchill meant Joseph Stalin. 'Yes, Sir,' he replied. 'Well,' said Churchill, 'what will it be like in Tehran? Will I need warm underclothing?'

In March 1943 Foss was promoted to Group Captain (Operations) to pioneer the newly formed Air Transport Command. Within a year, the new command had expanded from ten people to 700. During the D-Day landings in Normandy, Transport Command’s 38 Group carried the Army’s airborne forces in some 200 Dakota C47s.

Towards the end of the war, Foss was posted to command the new School of Air Transport at Netheravon on Salisbury Plain. 'Nothing better could have happened to me,' he said later. 'It was an opportunity to advance the cause closest to my heart—to train officers, who were being moved from fighting commands to transport, in the ways of operating and managing a new concept of flying.' By the end of the war, some 300 officers had passed through the air transport school.

A cheerful and unsophisticated faith characterised Foss, both in war and peace. In the 1930s he had become a recruit to the Oxford Group (later Moral Re-Armament) which had challenged him to make a daily practice of “trust and teamwork, coupled with asking God to show what is right,” as he put it. From this, he claimed, sprang much of his initiative and willingness to carry responsibility.

In early 1947 he set out—supposedly to recuperate from the exhaustion of war—with two companions on a hazardous journey piloting a single-engine Percival Proctor across Europe and via Kenya to the Cape. Kenya became his second home, and he moved there with his wife Margaret after their marriage in 1952.

There they devoted their whole time to Moral Re-Armament. It was the period of the Mau Mau uprising against British colonial rule. Foss got to know Jomo Kenyatta, later Kenya’s first President and others of Mau Mau’s Kikuyu leaders. He perceived that such men, arrested for their involvement in the Mau Mau underground, should not be merely held in detention camps but reorientated to lead their people in nation-building. This led to the creation of a new camp at Athi River where such an approach was applied. Many who went through the Athi River experiment went on to hold responsible posts in independent Kenya.

Patrick Foss returned to England in 1960. From 1961 he acted for 20 years as secretary of the Friends of the Westminster Theatre, which at the time served as one of MRA’s main propaganda arms.

He leaves his widow Margaret and a son and daughter.

First published in The Times, November 1996