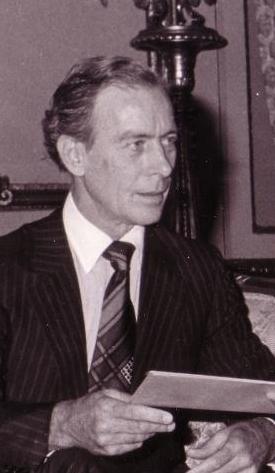 In 1956 the explorer Eric Newby sent a telegram to Hugh Carless, then Second Secretary in the British embassy in Rio de Janeiro, asking, "Can you travel Nuristan June?" Carless replied blithely, "Of course, Hugh." Thus began their classic travel tale, lovingly recounted in Newby's enduring bestseller, A Short Walk in the Hindu Kush.

Carless already knew the Afghan terrain, having served as the UK's Third Secretary in Kabul two years earlier, and he did much of the preparation work. Their "short walk" rose to 19,000 feet in an ultimately abortive attempt to conquer the 20,000ft mount Mir Samir at the head of the Panjshir Valley, where few westerners had trod.

In their final descent into Nuristan they ran into the intrepid explorer Wilfred Thesiger, who later commented: "I encountered two exhausted Englishmen: desiccated, wind-chapped, lame, with bandaged hands, they looked in thoroughly bad shape."

Less well known, but more significantly, Carless influenced British foreign policy, as head of the Latin America Department at the Foreign Office, as chargé d'affaires in Argentina prior to the Falklands War, and as ambassador to Venezuela.

Hugh Michael Carless was born in India, the son of an officer in the Indian Police during the British Raj. He studied Persian at the School of Oriental and African Studies, London, before joining the army Intelligence Corps in 1943. After reading history at Trinity Hall, Cambridge, he entered the Foreign Office as a career diplomat in 1950.

He was posted to Kabul in 1951 and then Rio de Janeiro in 1953. On his way to playing in a cricket match for Brazil against Argentina, he met the Italian-Brazilian painter Rosa Maria Frontini in Sao Paulo. They married in Tehran in 1956, where he moved as First Secretary (Oriental) to a country whose people "I have always thought were charming".

The embassy's task was to forge constructive links between Britain and Iran. But the friendly ties were to be severed by the Iranian Revolution of 1979, which overthrew the Shah, and Britain had no ambassador in Iran for over two decades. Carless later admitted that Britain, and leading Iranians under the Shah, "didn't pay much attention to the Mullahs. We were all wrong, but this was 20 years before the Iranian revolution."

He held posts in Budapest, Bonn and Angola, where he was Consul-General from 1967-70. But his greatest influence followed his appointment to the Latin America Department at the Foreign Office, which he headed from 1973 to 1977. Jim Callaghan became Prime Minister in April 1976, a month before the controversial state visit of President Ernesto Geisel of Brazil. This went ahead despite fierce opposition from Labour left-wingers opposed to the country's military dictatorship. "Hugh, if we don't get one large contract out of the Brazilians, you had better look for another job," Callaghan told Carless.

Carless accompanied the Geisels to Buckingham Palace, acting as interpreter. Their visit resulted in British investment in a new steel mill in Brazil, and in offshore oil development, the contracts worth some £300m. "The visit, which had begun nervously, ended in a pleasant glow," commented Carless. He was astonished to be awarded the CMG in 1976, ahead of his seniority.

Meanwhile, the dispute over Argentina's claim to the Falkland Islands rumbled on. Britain regarded it as a marginal and intractable problem, "always dogged by lack of Ministerial time", according to Carless. However, there were the precedents of the Antarctic Treaty of 1961, and the Communications Agreement with Argentina in 1971, resulting in Argentina running an air service to the Falklands, supplying petroleum products to the islands and even building a landing strip near Port Stanley.

Carless's team prepared dossiers for Callaghan's new Foreign Secretary, Anthony Crosland, who developed the idea of negotiating a series of agreements with Argentina "from the outer edges of the problem", as Carless put it, such as scientific cooperation, fishing and oil production.

It was a great tragedy, therefore, when Crosland died suddenly from a brain haemorrhage in March 1977. Carless believed that Crosland would have made a big difference to the Falklands issue.

Carless was offered the post of ambassador to Peru. Instead, he asked to go in 1977 as chargé d'affaires to Buenos Aires, the Argentine government having dismissed the previous British ambassador. The military junta at the time had unleashed a wave of terror against Latin America's largest left-wing guerrilla movement, liquidating some 30,000 of the "disappeared". On arrival, Carless found the embassy had 24 security guards, in a climate of kidnappings, which he reduced substantially.

Argentina was in dispute with Chile over the sovereignty of islands in the Beagle Channel. Carless sent reports back to London, reading into Argentina's belligerence an equal threat towards the Falklands. Argentina, he said, always saw Britain as a "geographical neighbour", along with Brazil and Chile.

Carless's tenure in Argentina expired two years before the Falklands War and his last diplomatic post was as ambassador to Venezuela, arriving in Caracas in 1982 just as the Falklands War was ending. There he pursued "cultural diplomacy" following Venezuela's euphoric support for Argentina, which had cost Britain substantial business contracts. It was a help to cultural exchanges that Venezuela was awash with oil wealth as a member of OPEC.

Carless returned to Britain in 1985 and, on retirement from the diplomatic service, became vice-chairman of the South Atlantic Council in London. There he helped to initiate in 1992 a series of Anglo-Argentine conferences, "as an endeavour to re-establish constructive relations after the war."

He also renewed his links with India, becoming executive vice-president of the Hinduja Foundation, awarding scholarships to Indian students at Cambridge and funding the Nehru Gallery of Indian Art in the Victoria and Albert Museum.

First published in The Independent, 23 December 2011