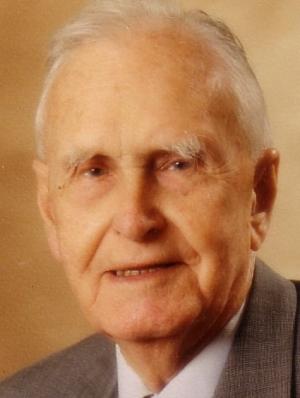 The situation in Zimbabwe might have been different today had a bold initiative, of which Hugh Elliott was a key instigator, continued after the country's independence in 1980. Elliott was a moving spirit behind an influential group of black and white leaders in Rhodesia during the 1970s. Known as the "cabinet of conscience" - a phrase believed to have been coined by Elliott - it had a notable impact on black-white relations and in defusing a potentially violent situation at the time of Zimbabwe's independence when Robert Mugabe came to power.

The informal group, who were inspired by the Moral Re-Armament (MRA) movement, met during the five years leading up to the elections that brought Mugabe to power. It included Alec Smith, the rebel son of the Rhodesian leader Ian Smith, and the Rev Arthur Kanodereka, a prominent nationalist leader whom Alec Smith had befriended.

"The big question," wrote Elliott in his 1978 book Darkness and Dawn in Zimbabwe, "is whether these individuals, splendid as they may be, are more than minor sparks of hope which quickly die in the cold night air." He saw it as unrealistic not to take into account the ideas that govern men's minds. And all history shows that a handful of men, a creative minority, have often been the instrument of vast changes in society.

This seemed to be the case in Zimbabwe, at least at the time of independence. During the Lancaster House talks of 1979, which negotiated the independence agreement, Elliott's home in Croydon, as well as an MRA residence near Berkeley Square, hosted frequent off-the-record consultations between members of the rival delegations. Then, on the eve of the election results, the cabinet of conscience encouraged Alec Smith and a senior black civil servant to arrange a dramatic private meeting between Smith's father and Mugabe, which lasted several hours.

In his first speech as President the next day, Mugabe promptly called for a spirit of reconciliation between blacks and whites. Tragically, it was not to last and relations have since soured, particularly over the issue of land reform. But at the time the prevailing atmosphere of statesmanship defused widely known plans for a coup, led by General Peter Walls, if the election results went against the whites' favoured candidate, Bishop Abel Muzorewa. Mugabe's election also defused a planned resumption of the guerrilla war, if his widespread campaign of intimidation had not succeeded at the ballot box. 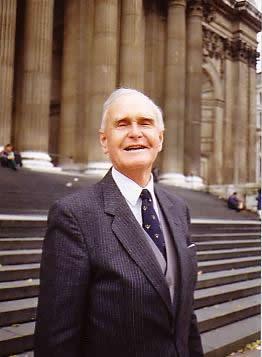 Ron Kraybill, writing for the Center for Strategic and International Studies in Religion: the missing dimension of statecraft (1994), asserts that the Mugabe-Smith meeting without a doubt altered the history of the nation. It is certain that white Rhodesians would have fled the country in far greater numbers had it not been for the conciliatory mood between Mugabe and Smith resulting from this MRA-arranged meeting . . . Ian Smith, a key protagonist, confirms that the MRA-brokered meeting altered his subsequent public response to Mugabe before a breathless nation.

Elliott, however, was deeply concerned that the Christianity professed by the white population was seen by young black militant nationalists as "a form of white men's imperialism". There were, he wrote, in the cabinet of conscience and elsewhere, "a significant number of whites who have had the courage to face the fact that if their faith is a form, not a force to be applied to changing the structure of their society, their life style actually makes propaganda for the Marxists".

Indeed, it was radical nationalists who were suspected of perpetrating the tragic assassination of Arthur Kanodereka, who was trying to broker relations between the parties, in December 1978 shortly before independence.

Elliott had followed earlier events in Kenya, where extensive land reform was enacted peacefully, with great satisfaction. It was based on a willing-seller/ willing-buyer principle, later also agreed at Lancaster House.

The cabinet of conscience continued to meet for several months after Zimbabwe's independence, but with the achievement of black majority rule, MRA's emphasis, under Mugabe's Marxist-Socialist regime, turned to industrial relations. In hindsight, says Alec Smith, the cabinet of conscience should have continued, "but no one felt a pressing need for it". Hugh Elliott had given "his heart, life and soul" to Zimbabwe, Smith commented.

Hugh Percival Elliott was born in Simla in 1911, the eldest of five children of an Indian Army major. He completed his schooling at St Lawrence College, Ramsgate, in 1930 and won a Kitchener scholarship to read History at Hertford College, Oxford.

He set his hope on a career in the Colonial Service in Africa, in an age that doubted the morality of empire less than seeing it as an opportunity for selfless, and adventurous, service. But Elliott was hardly the diehard imperialist. A tall figure with unfailing courtesy and good-humour, he warmly welcomed the move of African nations to independence.

At Oxford his life was profoundly touched by Frank Buchman's spiritual movement, the Oxford Group, later Moral Re-Armament, and he welcomed Buchman's notion that God had a purpose for one's life, which could be revealed in early-morning times of silent prayer and reflection. This became a personal discipline that shaped Elliott's philosophy for the rest of his life.

He joined the Colonial Service in 1934, becoming a District Officer in Nigeria's northern outback. He approached life in the outback with zest - from swimming in a crocodile- infested river, unaware of the danger, to a face-to-face encounter with a hippopotamus with only a mosquito net between them. He passed his oral exam in Hausa as a prelude to riding out to villages for consultations or for less popular tax collecting.

In 1936 he first befriended the young nationalist newspaperman Nnamde Azikiwe, popularly known as "Zik", who was to become the hero of Nigeria's independence. Aged 38, Elliott made the unusual but strategic choice of applying to transfer to the politically turbulent south. He was posted in 1949 to the Eastern Region, where Azikiwe had become the leading political star. In 1958, Elliott was appointed Acting Chief Secretary to Azikiwe, by now the Premier of the Eastern Region, who became the first Nigerian Governor General after independence in 1960.

At independence, Elliott elected to stay on for seven years as Adviser, or permanent secretary, to various ministers in the regional government of Eastern Nigeria. He was appointed CMG in 1959, while the Nigerian government made him a Companion of the Order of the Niger in 1964.

As civil war approached in 1967, Elliott attempted to help affect reconciliation between the federal government and the breakaway Biafran rebels led by Odumegwu Ojukwu. Elliott was known to advocate a non-violent response to the slaughter of Ibos in Lagos and Kano. But this offended Ojukwu, who had him arrested at a road block and held at the President Hotel in Enugu for a week before being deported.

It was two months before his retirement was due and he and his wife, Bridget, went on to work with MRA (now known as Initiatives of Change) in a bridge-building role in six African countries, including in the Horn of Africa from 1969 to 1974, as well as in Zimbabwe.

He had married Bridget Petersen, an art teacher, in 1951 and she sketched and painted wherever they travelled. But in 1976 she fell victim to motor-neurone disease, the root of which was suspected to be the yellow fever she had survived 20 years before, and she died five years later.

In retirement Elliott became an active member of a multiracial group, the South-London Bridgebuilders. He co-edited, with Peter Marsh, a book of daily meditations, Hope for Today (1995), in which they succinctly summed up their belief that "no one else in the world can do the work designed for you".

First published in The Independent on 11 September 2004