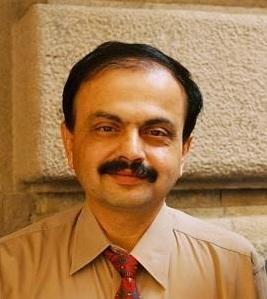 As you drive along a bumpy, dusty road, near parched brown fields east of the steel city of Jamshedpur, a large brick college building comes into view. It dominates the tribal hamlet of Asanboni. The college serves 500 students from some 75 villages, in one of the poorest regions of eastern India. It was opened in 1993 by Jamshed Irani, then Managing Director of the huge Tata Iron and Steel Company (Tisco) in Jamshedpur. A local adivasi (tribal) leader, Shailendra Mahato, had persuaded the company to fund the building’s construction, as part of its social welfare policy.

The Tata Group—India’s largest private sector conglomerate, comprising almost 100 companies employing some 320,000 people—is renowned worldwide for its commitment to social development. Western businesses may have discovered the virtues of “corporate social responsibility”, but Tata has been practising it for decades in a nation that has virtually no welfare safety net. Housing for employees, company-run hospitals and schools, and rural development projects such as road building, tree planting and well digging, are all part of the Tata approach. Tata Steel introduced the world’s first eight-hour working day, when its first steel ingots rolled out back in 1912, and today employees are deemed to be at work from the moment they leave their homes and are paid accordingly. The Tata companies are majority owned—66 per cent—by 10 Tata philanthropic trusts, which benefit from company profits, rather than just the shareholders or Tata family members.

Revolutionary indeed. But not all has been plain sailing. In January 2006 there were violent clashes between tribal villagers and police at Kalinganagar, an area rich in iron ore reserves in the state of Orissa. The district administration allocated a 2,000-acre site there for Tata to build a new steel plant, which will have a capacity of six million tons when completed. But when the company started erecting a boundary wall, tribal leaders led protests saying they had not been adequately compensated for the land. Police opened fire and 21 people were killed. Now the company has negotiated directly with landowners to ensure a fair price, and has amicably bought the required land. Work on building the new steel plant has begun.

In recent years Tata’s social ethos has also been threatened by the forces of globalization. Just at the time when Asanboni’s village college was opened, India was also opening its doors to global competition through trade liberalization and reduction of import tariffs. This put enormous pressure on companies to cut costs.

Tata Steel, for instance, is consistently ranked as one of the world’s most efficient steel plants. The company’s success in reducing costs, says Jamshed Irani, has been achieved by cutting down on the costs of fuel and iron ore, by improved productivity, the modernization of steel melting units and other innovations. The number of people employed in the company has declined from 78,000 in 1993 to 38,000 today. Yet Irani insists that costs have not been cut through job losses. “Through a generous voluntary retirement scheme (VRS),” he explains, “each of those who have opted for voluntary retirement continue to be paid their full salary as earned by them on the date of their opting for the VRS—for staying at home or even if they take up another job—till their normal date of retirement, which would be at the age of 60. In fact, cutting down the staff has had a minimal impact, maybe even a negative impact, on the cost of steel. This has been reduced by adopting innovative methods to use low cost raw materials available in India rather than the use of imported higher quality materials.”

Some feared that the Tata group would find it increasingly tough to maintain its social welfare commitments. With an expanding domestic and global market, however, the Tata Group has seen dramatic increases in its earnings. Revenues were $17.6 billion in 2004-05, the equivalent of nearly three per cent of India’s GDP, and over twice its revenues of five years before. In 2005 they were even higher at $24 billion.1 In 2007 Tata Steel made a successful bid to take over the Anglo-Dutch steel company Corus, beating off competition from Brazil. Then in 2008, Tata’s extended its global reach by buying Jaguar cars and Land Rover in Britain from Ford at a cost of $2.3 billion.

The biggest challenge facing the Tata empire is “how to be an international company and, at the same time, maintain its soul,” said R Gopalakrishnan, Executive Director of Tata Sons, Tata’s parent company, when I met him in the company’s headquarters in downtown Mumbai in 2003. In his view the company’s soul lay in its social involvement.

Anant Nadkarni (above), who oversees Tata’s community initiatives, says the way to maintain Tata’s social ethos is through “a holistic approach”. Tata may have to “look beyond its current social expenditure”, he says. This was $86 million in 2005-2006. But throwing money at development “misses the point. It is not a question of cheque book philanthropy but of personal involvement. We need to innovate. It is like a river confronted by a mountain. The river has to go round.”

So how has Tata innovated? By getting its employees to volunteer for community service. “Tata companies now treat corporate social responsibility more strategically, using technology to improve peoples’ quality of life, especially for the poor,” says Nadkarni, who is Vice-President, Group Corporate Social Responsibility. “We have 11,500 registered volunteers who clock on an average of over one million volunteering hours annually.” Employees typically give 3-4 hours of their time each week. Tatas are not alone in this. Mahindra and Mahindra, for instance, had 14,000 employees volunteering for community service in the year 2007-08, in educational, environmental and public health initiatives. These included planting a million trees, water conservation projects and supporting girls’ education.2

Nadkarni of Tatas sees such volunteering as being holistic “because it is very therapeutic”.  Serving the less fortunate in the villages “is a way of understanding yourself”, he says. “Modern systems of management,” he believes, “are not designed to release the true potential of individuals whilst achieving the company’s ends. But community service does that.” He quotes Sir Edmund Hillary: “It is not the mountain we have to conquer but ourselves.”

Nadkarni talks about the “push and pull” influences on his own 27-year career in Tata, which have led to his current position. He received higher education, housing and medical care at Tata Engineering in Pune where he was an internal auditor. “Tata gives promotions and rewards without leaving a sense of obligation for the receiver,” he says. “This gradually transforms you into being a giver yourself.” When he was bored by mundane work on production targets, he volunteered to mentor two non-governmental organizations in Pune. He built up some 25 citizens’ groups under the National Society for Clean Cities, in liaison with the municipal authority, and became joint coordinator of the Express Citizens’ Forum. This community work gave him an opportunity, he says, for “self-expression, problem solving and creativity”.

Two friends stood by him at that time. They were connected with Asia Plateau, the Initiatives of Change centre in Panchgani, a hill resort in the mountains south of Pune, where they invited Nadkarni in 1992. “This reinforced a lot of what I had earlier believed, but the process there took me further in realizing that change begins with me.” This encouraged Nadkarni to make his long-term career shift within Tata, three years later, to pioneer the Tata Council for Community Initiatives (TCCI) as its first operating head.

In 2004 he spoke about Tata’s social commitments at a business and industry conference in Caux, Switzerland. The visit also had an unexpected personal effect: a friend there helped him to quit smoking—urging him not to die a slow death through smoking “the weed”.

Nadkarni points to the many initiatives that have emerged through TCCI. A designer at Tata Automation developed a new type of artificial limb, which could be adopted globally. An officer from Tata Engineering in Jamshedpur set up a care centre that rehabilitates people cured of leprosy. And Tata Consultancy Services, Asia’s largest software firm, developed an adult literacy education system that claims to teach 60-year-olds to read a newspaper within three weeks. “This initiative is greatly impacting the pace at which the nation’s Adult Literacy Programme is being implemented,” Nadkarni believes.  Tata’s enlightened approach could become part of a wider trend. In 2004, Tata Industries was one of the 30 international companies to submit “triple bottom line” accounting, measuring not just their financial results but also their social and environmental practice, to the United Nations Global Reporting Initiative.

Tata has also developed its index for sustainable human development, measuring “human excellence”, similar to the Human Development Index of the United Nations Development Programme. “This is the first time that any corporation in the world has applied the Human Development Index principles through a business process,” Nadkarni says. Tata remains the only corporation to have worked with the UNDP on this and Nadkarni claims this has had “an outstanding impact on improving the quality of life” of employees.

The company has also sought the help of the Confederation of Indian Industries in creating a network of companies that maintain community initiatives.

Nadkarni says that there has never been any resistance to Tata’s social expenditure from its two million shareholders. Nor, he claims, do Tata executives see community involvement as a means of burnishing the company’s reputation. They have even been known to remove “sponsored by Tata” signs from village initiatives, he says.

So what’s in it for Tata? “I don’t see the need for the question at all,” Nadkarni replies briskly. “Gautam Buddha left his house to seek enlightenment over three questions: how to deal with disease, old age and death. But when enlightenment did happen, in that paradigm shift he almost forgot the initial questions. So, if you ask, “What is the business sense in this?” you are not the man I may want to work with.” He agrees with R M Lala, author of a best-selling book on the house of Tata, The Creation of Wealth, who says that wealth is far more than profit or income generation. It is to do with “weal, which means wellbeing or happiness” of the communities that businesses serve.  And that, says Nadkarni, is what Tata is determined to maintain.