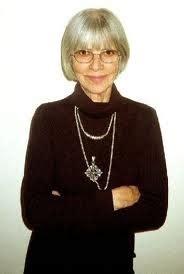 Jara Moserová was a burns doctor in Prague under four decades of Soviet Communist rule and in 1969 was the first doctor to treat the student dissident Jan Palach after his self-immolation. Her experience of totalitarianism led her into politics - and to writing two provocative plays about the moral compromises expected of citizens under the Soviet system.

Born Jaroslava Moserová, in Prague in 1930, she completed her last two years of high-school education in the United States, on a scholarship to Warren Wilson College in North Carolina, followed by a year studying fine art in New York. While she was there, Czechoslovakia fell behind the Iron Curtain. She returned home in 1949, rather than remain in exile, and was the only civilian passenger on the express train from Austria to Prague.

She studied at the medical school of Charles University in Prague, qualifying as a surgeon in 1955, and was for 30 years a burns specialist and plastic surgeon, a pioneer of xenografting using pig skin to treat burns. She was in the burns unit at Vinohrady hospital in January 1969 when Palach, a philosophy student, was rushed in with severe burns. He had doused himself with petrol in Wenceslas Square in a protest against his compatriots' apathy towards the Soviet invasion of 1968, which had suppressed the Prague Spring of political and intellectual liberalisation under President Alexander Dubcek.

Palach was still fully conscious and kept repeating, "Tell everyone why I did it." The doctors could not save him and his death, three days later, was reported around the world. Moserová recalled, in an interview on Radio Prague:

We kept telling him that what he did was not in vain. He didn't do it because of the occupation, but because of the demoralisation that was setting in. He wanted to shake the conscience of the nation. And he did - not only in our country, but in many others as well.

Moserová's subsequent plays, drawing on such traumatic experiences, aimed to address issues of conscience: "what you must forgive others but what you can hardly forgive oneself; how to deal with the past". The Soviet regime had

forced us into hypocrisy and forced us to teach our children to be hypocritical. Truth was suppressed to an unbelievable degree.

Takovy roztomily chlapec ("Such a Nice Boy"), a family tragedy written as an allegory about her country, which the Communist censors failed to recognise as such, won best play award from Czech national radio in 1988.

She took only three days to write her second play, Letter to Wollongong, written in English in 1993. She was by then in Canberra, where she was posted as the Czech ambassador to Australia and New Zealand. The play, drawing on the Palach events, was presented in Sydney to mark the 25th anniversary of the Soviet invasion of Czechoslovakia. It was eventually staged in Prague in 1997 and filmed on location in Prague in 2001.

A lifelong friend of Václav Havel, Moserová chaired the Civic Forum, his party which led the Velvet Revolution of 1989 in the peaceful overthrow of the Czechoslovak Communist regime. But she remained conscious of the losers as much as the winners. She compared the free market to animals let out of a zoo:

It is always the predators who are the first to use the new freedom, while the more timid, defenceless animals have a tendency to hide in corners, and some of them may even think that it was better behind bars, because they forget the stench and the loss of dignity.

In 1990, in Czechoslovakia's first free elections in 40 years, Moserová stood in Padubice and was elected to the Czech National Council (parliament). The following year, President Havel appointed her ambassador to Australia and New Zealand. She was still in Canberra when her country split into the Czech Republic and Slovakia on 1 January 1993. She remained as the Czech ambassador, returning to Prague later that year. In 1998 she was elected to the Czech Senate.

But she was best known to Czech citizens as the translator into Czech of Dick Francis's 40 crime novels, turning him into the most popular novelist in the Czech Republic. Other authors she translated included Lynne Reid Banks, Jacob Bronowski, James Hadley Chase, Erle Stanley Gardiner and John Mortimer. This was, she said, by way of relaxation as an alternative to crossword puzzles.

She shot to public prominence again in 2003 when she stood against two former prime ministers in the Czech presidential elections, in order to demonstrate "that an honest person can exist in politics - that you can stay in politics for years without getting soiled". Radio Prague described Moserová as "a political David who stood against two Goliaths". She beat Milos Zeman in the first round, but decided not to stand against Václav Klaus in the third ballot, in order to avoid a stalemate between the lower house, where the majority supported Klaus, and the Senate, where she had won a majority.

Jara Moserová was a woman of great personal integrity. "I was no hero in the dark days of our history," she said, "but I never betrayed my beliefs."

First published in The Independent, 5 April 2006