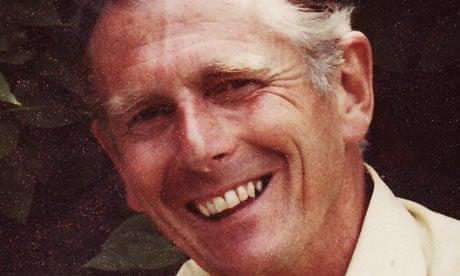 My friend, colleague and mentor John Faber, who has died aged 84, was from 1982 to 1986 the secretary of the Oxford Group, the Christian charity that gained a high profile before and after the second world war for its campaigns for "moral and spiritual rearmament" (MRA).

Educated at the Nautical college (now Pangbourne college), in Pangbourne, Berkshire, in the 1930s, John served as an officer in the Indian navy during the war. Back in London he joined an advertising agency, but on encountering MRA, he resigned from his job in order to "advertise change" as a volunteer. He returned to India many times to support Rajmohan Gandhi, a grandson of Mahatma Gandhi, in   his campaigns for a "clean, strong and united" democracy. This took John to Asia Plateau, the MRA centre in the hill town of Panchgani near Pune.

I was also educated at Pangbourne and recall his visit in 1961 to show the MRA feature film Freedom, shot in Nigeria. I had no inkling then that I would become his understudy. He was a director of Grosvenor Books, MRA's publishing house, and in the 1970s he imported from America the first Addressograph Multigraph phototypesetting system to be installed in Britain. It was used to produce MRA's newsletter and literature, long before the advent of desktop publishing.

John joined the council of management of the Oxford Group at a time when it was particularly known for its Christian stage productions at the Westminster Theatre in London. As secretary, he and his wife, Jeanne, saw their role as one of pastoral care for the many volunteers who gave their services to MRA.

His last book was Fear or Faith, a moving anthology of people's attitudes to death, published under his own imprint. A fine typographer, he had a love for the design of the printed page. But his greatest gift was to encourage selflessly the talents of those of us who took on the mantle of print design and publishing in his footsteps.

On 6 July, John courageously went into the sea at Littlehampton, West Sussex, to rescue a 13-year-old girl who had got into difficulties. He saved her life but was battered against a breakwater. They had to be rescued by the emergency services and the incident left him severely shaken. Soon after, he suffered a heart attack. He is survived by Jeanne and their daughter, Susan, who is a nurse.

First published in The Guardian, 21 September 2009