Leaders with good ethics are the key to changing irresponsible banking 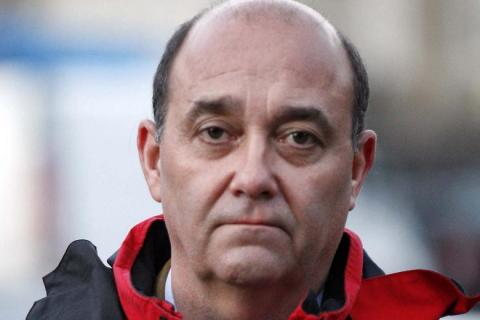 The financial crisis of 2008 was caused by “failures in organisational culture and ethics” rather than technical failures, he told a Greencoat Forum on entitled Capitalism towards the common good: regulation or culture and character? held in the London centre of Initiatives of Change on November 23.

Good banking and financial services are “impossible without upright men and women; without financiers and politicians whose consciences are finely attuned to the requirements of the Common Good,” Moore said.

He was speaking alongside Roger Steare, Corporate Philosopher in Residence at the Cass Business School of City University in London, and corporate historian Nick Robins.

Moore called for a review of corporate governance, including a separation of powers between executive boards and “those accountable for overseeing their actions and reining them in”. Risk professionals, such as himself, needed to report to non-executive directors rather than the main board, in order to have influence and protect their positions. The non-executive directors in turn needed “competence, independence, integrity and diversity,” to avoid a “cosy relationship” with executive boards.

“You can have the best governance processes in the world but if they are carried out in a culture of greed, unethical behaviour and an indisposition to challenge, they will fail,” he said.

Moore became internationally known as the “HBOS whistleblower” after giving testimony to a UK parliamentary Treasury select committee investigating the financial crash of 2008. He told the Treasury committee that “even non-bankers with no credit risk management expertise… would have known that there must have been a very high risk, if you lend money to people who have no jobs, no provable income and no assets.” Economic growth based almost solely on excessively easy credit ‘could only ultimately lead to disaster’.

Moore said he had warned the HBOS board that the bank’s sales culture was a serious risk because it was “significantly out of balance with their controls”. The bank had needed to consider what level of sales growth was achievable “without putting customers and colleagues at risk”.

HBOS’s turn-over and lending was much higher than that of Lehman Brothers which collapsed on 15 September 2008, a date that has had as great an impact on the world as 9/11, Moore said.“The banking crisis has certainly killed many more people than 9.11, driven countless millions in the developing world into even greater abject poverty than they were already in, and created misery for the poorer in the rich developed western economies.”

Shortly after Moore’s warnings to the bank, its CEO, Sir James Crosby, dismissed him. But Sir James had to resign as deputy chairman of the Financial Services Authority following Moore’s testimony in Parliament. HBOS has since been taken over by the Lloyds Banking Group.

Moore reported that a survey of 563 risk professionals, conducted by his consultancy, Moore, Carter and Associates, and Cranfield Business School, showed that the vast majority saw the financial crash coming but felt powerless to do anything about it. Executives had prioritised sales and profit but the culture of banks ‘inhibited effective challenge’.

We were now living in a culture of a self-centred ‘GMeP’ rather than GDP, Moore asserted. Too many leaders had become “high priests of Mammon and me”. He commended the Pope Benedict XVI’s encyclical Caritas in Veritate which says that profit is useful “as a means towards an end”, not an end in itself, and that the market cannot fulfil its proper function without trust.

Roger Steare, who is also Visiting Professor in Organisational Ethics at Cass Business School, London said that “the meaning of the word “economy” has been corrupted”. It used to mean “less”, “thrift” or “enough”. Now it had come to mean more. “Whilst three per cent per annum GDP growth doesn’t sound much, this means doubling the size of our economy every 20 years.”

Our planetary resources were not only scarce but finite. ‘If all seven billion of us were to live the American dream (or nightmare) we’d need about four more planet Earths to sustain us.’

We needed “a fundamental reset in our understanding of economics, money and capitalism,” he said. “I call this Plan B.” He compared this with Sir Stuart Rose’s “Plan A” strategy for sustainability at Marks and Spencer.

Britain’s economic wealth was 16 times what it was in 1950, Steare said. “But when two billion fellow beings live on less than $2 a day, I find it obscene for British citizens to talk about economic misery and material poverty.”

He continued: “Our addiction to economic growth has created a poverty of the soul that is corrupting our family lives, our friendships and our communities. This philosophy of growth for its own sake is as addictive as tobacco, alcohol and crack cocaine. It is also just as deadly.

He attacked the joint-stock company as “a feudal, rapacious plutocracy run too often by an unelected mercenary elite with morals not far different from gun-toting bandits in 4x4s. A capitalism that usurps family life, and that destroys homes and neighbourhoods, is one that I believe we now need to consign to the history books.”

His research, with PricewaterhouseCoopers, into ‘moral DNA’, involving over 40,000 respondents from 162 countries, had shown that three moral virtues define our moral character “and save us from ourselves”: “Let us replace what Stephen Young (author of Moral Capitalism) calls ‘brute capitalism’ with an ethos based on the universal moral values of wisdom, fairness and love.”

If ‘brute capitalism’ needed to be consigned to history, it took Nick Robins to remind the Greencoat Forum that there was nothing new in “moral outrage”. The author of The Corporation that Changed the World said that there had been plenty of moral outrage, in the Westminster parliament and the press, against the obscene scale of the East India Company’s speculation and impunity, three centuries ago. It had gone through a “classic cycle of boom and bust, and corporate overstretch, with huge financial and human consequences.”

Even its profligate founder, Robert Clive, had warned against “the conduct of governors who too eager in the pursuit of private interest have involved themselves in affairs which could not be reconciled with strict principles of integrity”. And Adam Smith had railed in The Wealth of Nations that ‘negligence and profusion must always prevail more or less in the management of such a company.’

Robins commented, as a warning to today’s corporate leaders, that the East India Company had collapsed because “the fish rotted from the head.”

No wonder banks and corporations needed to set an ethical tone at the top.

First published on the website of The Times in its Faith column, on 2 December 2010.