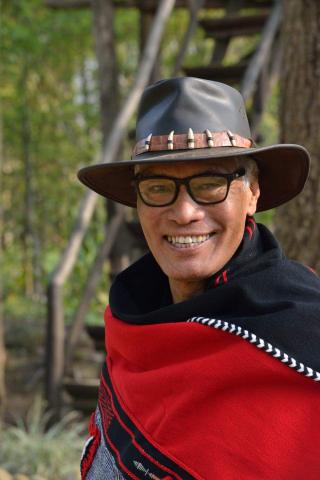 Like millions of refugees around the world, Visier Sanyü knows what it is like to flee from violent conflict. He is an elder of the Meyasetsu clan of the Angami tribe from Khonoma, the village that was at the heart of armed resistance to foreign occupation in Nagaland. The mountainous state of two million people lies between Assam to the West and Burma/Myanmar to the East.

Nagaland has fought for its freedom ever since British colonial rule began there in the 1830s. At the Independence of India and Pakistan in 1947—70 years ago—the Naga people expected India’s Prime Minister Jawaharlal Nehru to agree to their aspiration for an independent nation. He didn’t, fearing it would set a precedent for other breakaway states. The Naga leader Phizo unilaterally declared independence. Nehru sent in troops with the right to shoot to kill with impunity. It has left a bitter legacy that has also divided the Naga themselves into fratricidal factions. The conflict has cost 100,000 lives.

Visier was only five when in 1956 he escaped with his family into the jungle, fleeing from the occupying Indian Army. ‘The army fired Khonoma…. Our home village burned for 12 days and was totally consumed.’

They fended for themselves, suffering illness and starvation, for two years, a searing experience for the young boy, graphically recalled. An amnesty was declared in 1958 and they returned home, his father opening a shop in another village. Visier writes that ‘out of this trauma and deep suffering of the jungle years also grew love and compassion, and an understanding of the suffering of humanity.’

Ironically, Visier was one of only 32 Naga boys selected out of 6,000 to attend an Indian military academy in eastern India, an excellent education. But in his fourth year there, a violent anti-Naga riot was fomented. Traumatised, he returned home and completed his schooling in Shillong, the capital of Assam.

All this might have led him to join the armed struggle. That he didn’t was thanks to unexpected interventions in his life. In 1967, Rajmohan Gandhi, a grandson of Mahatma Gandhi, visited their village, declaring, ‘I have seen the graves of your people. I have seen the remains of your village burnt in 1956. I am deeply sorry for what the Indian Army has done to your people.’ The response, writes Visier, was electric. ‘Here was an Indian man… apologising for the killing, burning and mayhem…. To apologise, to express regret, was I realised a healing thing—and for all concerned.’ 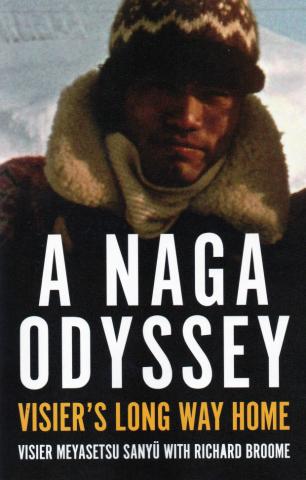 Secondly, while at school, Visier saw an international musical revue called Anything to Declare? staged in Shillong. It was produced by Moral Re-Armament, now renamed Initiatives of Change (IofC), and featured dramatized true stories of forgiveness and reconciliation. ‘I was deeply confronted by their message of reconciliation.’ He attended a camp at Asia Plateau, the IofC centre in Western India, which had ‘a profound impact on the direction of my life’. Aged 19, he also adopted the Baptist Christian faith widespread in Nagaland.

He studied History at the North Eastern Hills University in Shillong, and became the first Angami PhD in History.

In 1974 he joined the touring company of another IofC stage show, Song of Asia, which ‘would change my life, and create a chain of friends across the world that vibrates to this day’. Its theme was also on forgiveness, one character declaring, ‘If I can have the courage to kill a man, why cannot I also have the courage to love him enough to make him a different man?’

Visier married Pari Duncan, whom he had met in Shillong, in 1986. He became the inaugural head of the Department of History and Archaeology at Nagaland University. But the ongoing conflict with the Indian Army was ‘like walking on eggshells’, with violence on a daily basis. With three young children, they decided to leave for Australia, where he studied for a Theology degree in Melbourne. Their stay in Australia extended for 20 years, where he was ‘content to be an honest, hard-working refugee like 50 million others on Earth’. They were lucky to have the warm welcome of the IofC network in Australia.

The rest of his book, written with the support of Richard Broome of La Trobe University, tells of his considerable contribution to Australian life, working in senior leadership positions with the National Council of Churches and then World Vision.

His story comes full circle when he returns to Nagaland in 2015, where he has created a 12-acre Healing Garden. His engrossing story speaks volumes to all around the world who have had to flee from violent and political oppression—and to all those who have given them welcome. Refugees are, indeed, builders of the lands they live in. Out of great suffering comes fulfilment, as Visier’s remarkable story so dramatically illustrates.