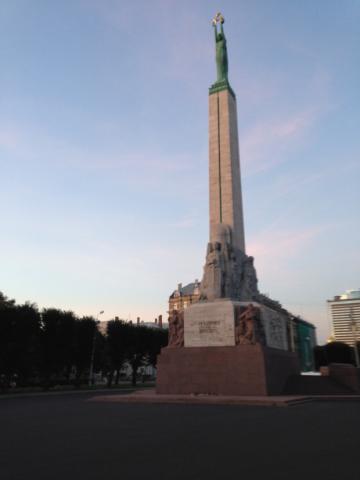 A small country in northern Europe lies at the crossroads between North and South, East and West. Its population is just over two million people of which nearly half live in the capital city. It has enjoyed freedom from Soviet occupation for the last 25 years, short enough to be within living memory for older citizens, and long enough for a young generation to have grown up in political freedom. The country’s 500-kilometre boarder with Russian is only a three or four hour drive from the capital city. Twenty-six per cent of the population is Russian in this Baltic state: Latvia.

Riga was the European Capital of Culture in 2014 and it is not hard to see why. Its medaieval and art nouveau buildings and cobbled streets make it a delightful tourist centre, straddling the Daugava river flowing northwards into the Baltic Sea. Latvia is the middle of the Baltic States, a short hop over the Baltic Sea from Sweden, and only two-and-a-half hours flying time from London.

A four-day visit to Latvia at the end of September was a chance to gain at least superficial insights.

Inese Voika, a dynamic journalist and thorn in the side of politicians, who founded the Latvian chapter of the anti-corruption body Transparency International, invited Rishabh Khanna and me to her country. We had first met at the Initiatives of Change centre in Caux, Switzerland, at a time when she was serving as a volunteer on the International Council of Initatives of Change. 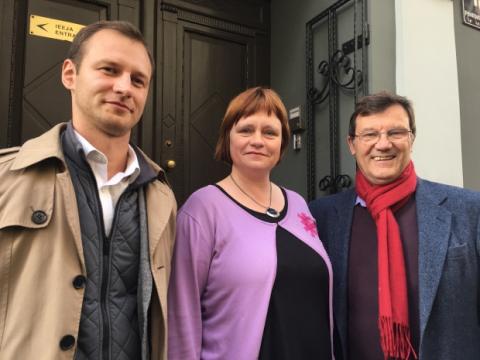 We were in Latvia to represent the TIGE (Trust and Integrity in the Global Economy) programme of Initiatives of Change, and to meet with groups of economics students, social entrepreneurs, anti-corruption campaigners and others.

For the last two years, Ieva Morica, Executive Director of the DOTS foundation (formerly the Latvian branch of the Open Society Institute founded by George Soros), has been part of the organizing team for an annual event called Lampa (The Lamp). It is a ‘conversation festival’ of civil society organizations and social activists who meet over two days. Almost 9,000 festival goers attended this year, from 30 June to 1 July.

Ieva told us that the inspiration for the festival was sown in her mind during the TIGE conference in Caux, Switzerland, in 2014—or rather a conversation she had in the mountain railway doing down to Montreux at the end of the conference. She hardly anticipated then how quickly the Lampa events would escalate. She had been invited to Caux for the first time that year by Dutch social entrepreneur and activist Marcello Palazzi. She hopes that Initiatives of Change will be represented at the 2017 Lampa festival. The challenge, she says, is to move the event beyond a talking shop into constructive action.

Inese took me to meet with the leadership team of Transparency International in Latvia for a two-hour round-table conversation. It included representatives of various Chambers of Commerce in Riga.Latvia is ranked the joint-40th least corrupt country in the world, according to TI’s annual Corruption Perception Index. What would it take, I asked, to get Latvia to the top of the list, alongside its Scandanavian neighbours, Denmark and Sweden? ‘Deal with the shadow economy,’ replied Jānis Volberts, the director of TI Latvia--particularly tax evation in a complex and sometimes unfair tax system which needs reforming. It is said that 24 per cent of the nation’s economy is hidden in the shadow economy. Some politicians are culpable and there should be high-profile prosecutions, they said.

We shared the stories of courageous business leaders making a stance against corruption, told over the last 10 years of the annual Caux TIGE conferences. 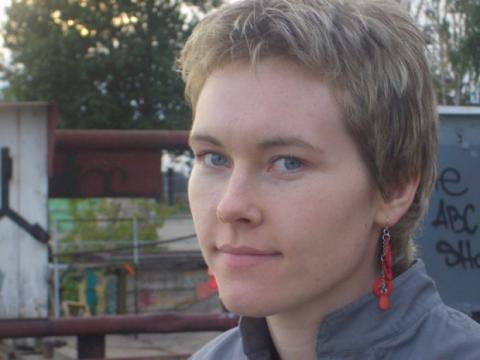 The next day, 27 September, Dace Avotina (pictured right), who has worked in the Ministry of Finance, took us to the agricultural university in Jelgava, a 40-minute drive south of Riga. For her and Rishabh, this was their first meeting in 10 years since they had studied economics together at Glasgow University.

There we addressed two lecture classes of some 70 economics students (pictured below), on the issues of integrity, human motivation and leadership in the economy. What, for instance, did they understand by the word integrity in the business and economy context? What economic models would they like to see developing in Latvia? 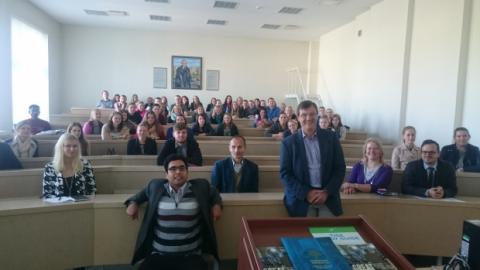 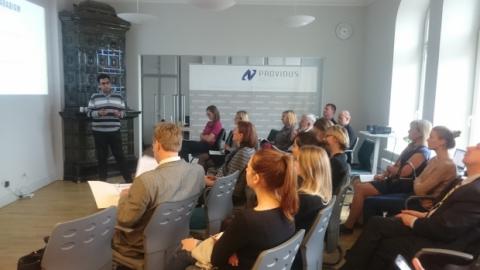 Inese took us to meet her friend and colleague Linda Austere, who works in the State Chancellery as an Advisor in the government's headquarters. She had also been a participant and volunteer with Initiatives of Change programmes in Eastern Europe and at the Caux conference centre. As we entered, the prime minister, Māris Kučinskis, and his entourage came down the sweeping staircase. Spotting Inese, he came over to greet us, a measure of the high regard with which Inese is held in Latvian society. 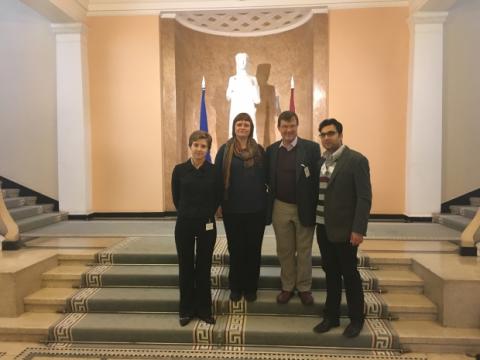 On 29 September, Rishabh returned to the Latvian university of agriculture to conduct a lecture for the Masters students studying social entrepreneurship.

Latvia may be a small country. But it has a big heart and punches above its size in world affairs. Its unemployment rate has steadily declined over the last decade, though it still stands at 9.5 per cent of the workforce in an economy built on commercial and transit services, trade, electronics and other manufacturing. It is ranked 46th in the world on the Human Development Index and is, surely, high on the index of ‘gross national happiness’. Watch this space.