Socially responsible start-ups that help sustainability of the planet 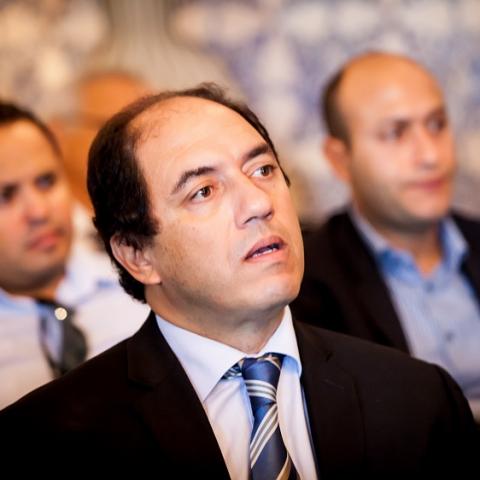 When Nazeh Ben Ammar went to the beach in his native Tunisia, he found the sea unnaturally blue. Indigo dye, used in the colouring of denim jeans, had been discharged into the sea by a manufacturer. Tunisia is a leading supplier of jeans to the European market. But what Ben Ammar found upset him. The company was damaging the environment and failing in its corporate social responsibility (CSR).

CSR became a buzz word in Tunisian business circles following the Arab Spring, sparked by the Tunisian revolution 10 years ago.

‘Now we are failing in our responsibilities,’ says Ben Ammar, who describes himself as a ‘serial entrepreneur’ and ‘start-up enabler’. He himself cut short his career in the oil industry because fossil fuels contribute to global warming.

As an alternative to oil, Tunisia and other north African countries have become renowned for the image of hectares of solar panels in the desert, erected by solar farms. But the historically powerful national trade union body resisted and slowed down the sale of solar power to the national grid because of the need to protect the jobs of their members at the traditional power stations.

Ben Ammar, who has a master’s degree in Engineering, has founded and then sold seven start-up companies. He now talks about SSR—Start-ups Social Responsibility. His family business, Excellencia, where he is President, is a building technology company for big office blocks, founded in 1993. Excellencia provides products ranging from air conditioning to intruder alarms and security cameras.

Ben Ammar says that SSR needs to be much more than just a PR tactic but rather the core philosophy of start-up companies. SSR benefits not just the company but also the customers, employees and the wider community.

SSRs, he says, are committed to improving quality of life, and the security of the workforce and their families, the local community and society at large. They respect the environment and the fragility of nature, by aiming to reduce pollution (solid, liquid and gas) and their carbon footprint.

He quotes that 87 per cent of millennials say they believe their company’s success should be measured by more than just financial performance.

He himself has pledged to ‘practice integrity and fair dealing, tolerance and respect’, as he told an online dialogue on Business Social and Local Responsibility, hosted by Antoine Jaulmes from Paris on 12 May, on behalf of the Initiatives of Change Business and Economy programme. 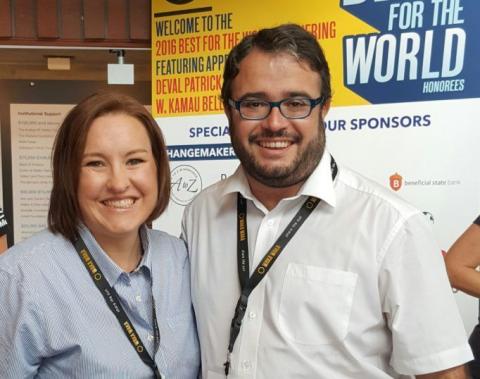 Nicolas Soubelet from Paris told the forum how he and his wife Elizabeth, a former midwife, founded Squiz as a start-up. It provides reusable food pouches for children’s school meals. With five children of their own, they realised that traditional single-use plastic and aluminium pouches represented ‘a lot of trash’—some 900 million pouches thrown away in France alone every year, which Soubelet says is an ‘environmental disaster'. 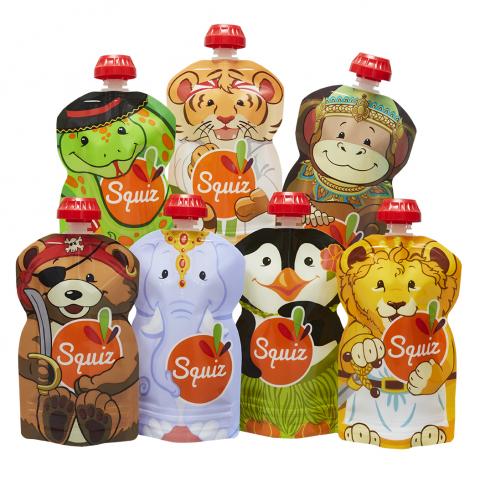 Squiz pouches, decorated with colourful animal motifs for children, can be used a minimum of 50 times. Soubelet measures the company’s success by the number of single-use pouches eliminated: 70 million so far, they calculate. They sell 400,000 Squiz pouches a year and have sold 1.5 million so far.

This, says Soubelet, is in line with the UN’s Sustainable Development Goal number 12: responsible consumption and production. Squiz employs 16 people and has an annual turnover of one million euros. It is registered as a B Corp—a benefit corporation, which Soubelet says is not just a label but a community of companies that share best practices. B Corps are mandated to look after the interests of all stakeholders including employees, suppliers and the wider community. They have a triple bottom line approach: financial, environmental and social.

Soubelet says the need is to work towards a responsible economy. The company’s mission, he says, is ‘raising awareness and guiding consumers toward a future without waste. Through our brands, we create simple, fun containers that help smooth the transition to a more responsible lifestyle.’ In other words, a circular economy, which aims to ‘reduce, reuse and recycle’.