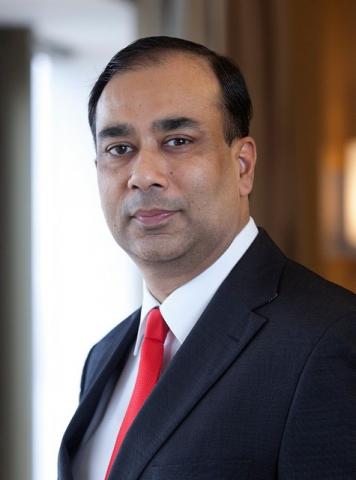 Corporations and industries need a purpose beyond profit, says Sunil Mathur, the Managing Director and Chief Executive of Siemens in India and South Asia. ‘Companies’ purposes are critical,’ he says. They should include a commitment to the UN’s Sustainable Development Goals (SDGs); meeting environmental challenges; diversity in the workforce; and ethical values.

Mathur was the opening speaker on a panel at the first conference of the Caux Forum Online marking the 75th anniversary of the Initiatives of Change centre in Switzerland. The two-day business forum, from 12 to 13 July, focused on ‘Corporate governance in the 21st century, responding to systemic crisis’. It was organized by the Initiatives of Change Business & Economy Programme, which also convenes monthly meetings on the implications of sustainability for business.

Mathur heads a £1.2 billion engineering and infrastructure company with a workforce of nearly 10,000 employees. He acknowledged that ‘shareholder expectations are increasingly challenging’, when they clash with the long-term goals of boards of directors. ‘The stock exchange is ruthless,’ he said.

He called for a 'walk the talk environment'. ‘Does the company live by a moral compass? Does it articulate this to all the employees?’

Siemens now operates, he said, under the acronym DEGREE:

Ethics - a culture of integrity;

Employability - for all employees.

Siemens, which is based in Germany, weathered a bribery storm in 2006, when a secret fund of $40 to $50 million used to win contracts in African countries was exposed. The board resigned and a new board and CEO were put in place who vowed that ‘only clean business is Siemens business.’ The company was so transformed that the Dow Jones ranked Siemens as the world’s most ethically compliant company.

Mathur admitted there were ethical dilemmas, such as the employment of a child as a tea boy. The child had a right to an education, but might be the only breadwinner in his family. 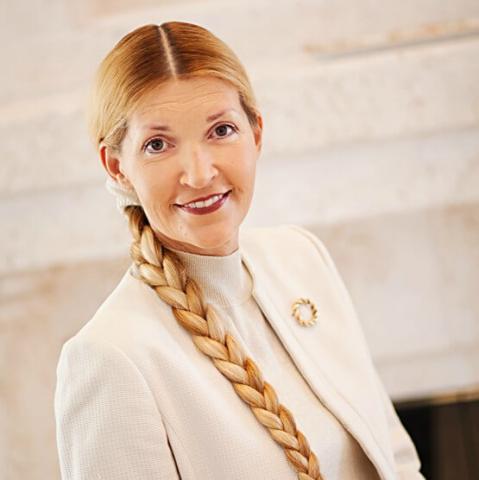 Dr Isabella Bunn, a professor of business ethics at Regents Park College, University of Oxford, and member of the governing body of Oxford Analytica, also focused on values and purpose. Companies should have ‘a multi-stakeholder approach’, encompassing environmental and social responsibility, corporate governance and the SDGs. The benefits companies brought to society gave them a 'social license to operate’, she said. ‘Boards need to establish the company’s values culture’ and ‘designate culture as a corporate asset’.

Bunn, who specializes in ethical aspects of economic law, cited organizations that were advocating purpose beyond profit. They included the Caux Round Table for Moral Capitalism; Oxford Analytica; British Academy Future of the Corporation Programme; and the UN Global Compact.

She said that companies should think of purpose in terms of strategy—an ongoing principle for the entire organization. The emphasis on purpose meant considering ‘how to put humanity at the centre of corporate practice’. 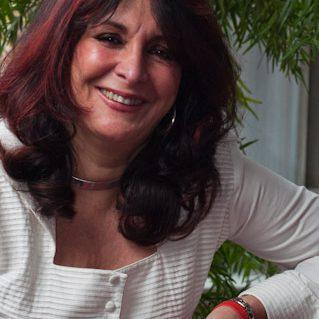 Human rights lawyer and mediator Elise Groulx Diggs, who is affiliated to Georgetown University, Washington DC, advises corporations on human rights risks in their strategic priorities and supply chains. The need, she said, was to ‘walk the talk in engaging with all stakeholders on human rights’. This included addressing ‘violations of human rights and climate harm’.

She included awareness of ‘the upstream supply chain’ in her stakeholder engagement approach, giving the example of the Rana Plaza tragedy in Dacca, Bangladesh. Over 1,100 garment workers were killed when the building collapsed in April 2013. They had been making clothing for Western fashion houses in a building that had been deemed unsafe after cracks appeared in concrete pillars. Bangladeshi law, Groulx said, had forbidden trade unions which would have protected workers’ rights.

She also pointed to failures in social investment by mining companies, from Peru to Australia and Papua New Guinea where decisions were imposed from 5,000 miles away with neither proper consultation nor engagement at the local level.

Yet, she said, ‘you have to be optimistic’ that things can change. The UN’s Principles for Responsible Management Education (PRME) involves 800 business and management schools in teaching corporate values and sustainability.

Groulx briefly presented her 'galaxy of norms' model for understanding the new legal universe developing globally. In this, hard law meets soft law through five rings of liability: reporting (including the triple bottom line of people, planet and profit); the legal duty of care for employees, suppliers and other stakeholders; voluntary principles and industry standards, contracts and codes of conduct; and soft law (such as the UN Guiding Principles on Business and Human Rights, the OECD guidelines, the ILO core conventions, the SDGs and the UN Global Compact).

During the online discussion, participants emphasized that potential employees wanted to work for companies that were seen to be ethical, including addressing issues such as climate change.

Mathur appealed for ‘links of trust’ between industry, governments and civil society. He was supported by Northern Irish businessman Peter Brew in appealing for IofC to act ‘as a fulcrum to build trust’ between the business world, governments and civil society. The need was for a ‘safe space’ for dialogue, Bunn said, or as Groulx put it, a ‘community of trust’.