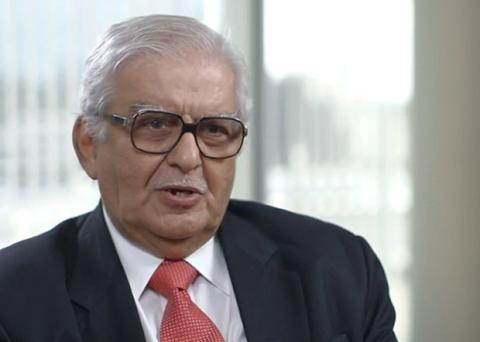 As you drive along a dusty road, past parched fields east of the steel city of Jamshedpur in Bihar, a large brick college building comes into view. It dominates the tribal hamlet of Asanboni. The college serves 500 students from some 75 villages, in one of India's poorest regions. It was opened in 1993 by J J Irani (photo), then Managing Director of the huge Tata Iron and Steel Company (Tisco) in Jamshedpur. A local adivasi (tribal) leader, Shailendra Mahato, had persuaded the company to fund the building's construction, as part of its social welfare policy.

The Tata Group, one of India's largest private sector conglomerates (involving some 80 companies), is renowned worldwide for its commitment to social welfare. Western businesses may be discovering the virtues of 'corporate social responsibility'. But Tata has been practising it for decades, in a nation that has virtually no welfare safety net. Housing for employees, company-run hospitals and schools, and rural development projects such as road building, tree planting and well digging, are all part of the Tata package. Tata Steel introduced the world's first eight-hour working day, back in 1912, and today employees are deemed to be at work from the moment they leave their homes and are paid accordingly.

Revolutionary stuff. But now Tata's social ethos is under threat due to globalization. Just at the time when Asanboni's village college was opened, India was also opening its doors to global competition through trade liberalization and reduction of import tariffs. This has put enormous pressure on companies such as Tata to cut costs.

The biggest challenge facing the Tata empire today is 'how to be an international company and, at the same time, maintain its soul,' says R Gopalakrishnan, Executive Director of Tata Sons, Tata's parent company. In his view the company's soul lies in its social involvement.

At Tata headquarters in downtown Mumbai, Gopalakrishnan expressed satisfaction with the agreement that Telco, the Tata Engineering company in Pune, had just reached with MG Rover cars in Britain. Telco is exporting its popular five-door hatchback, the Indica, to Britain, modified to Rover's design style, to sell under the Rover marque. It is an example of a reverse globalization working to India's advantage, and Gopalakrishnan portrays it as being of symbiotic advantage to both companies. Deals such as this have helped the Tata Group to achieve profits last year of $719 million on a turn-over of over $10 billion.

Yet despite such figures there are those who fear that Tata will find it increasingly tough to maintain its social welfare commitments. Production costs have already been slashed. Tisco, for instance, claims to produce the cheapest steel in the world. But it has achieved this by cutting jobs dramatically. 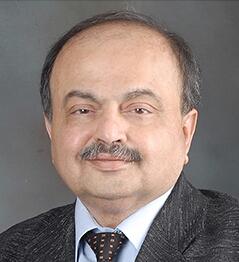 Anant Nadkarni (photo), who oversees Tata's community initiatives, says the way to maintain Tata's social ethos is through 'a holistic approach'. Tata may have to 'look beyond its current social expenditure of $30 million a year', he says. Throwing money at development 'misses the point. It is not a question of chequebook philanthropy but of personal involvement. We need to innovate. It is like a river confronted by a mountain. The river has to go round.'

So how has Tata innovated? By getting its employees to volunteer for community service. 'We have 14,000 volunteers registered from 20 companies,' says Nadkarni, who is General Manager, Group Corporate Social Responsibility. Staff typically give 3-4 hours per week.

Nadkarni sees this as being holistic 'because it is very therapeutic'. Serving the less fortunate in the villages 'is a way of understanding yourself', he says. 'Modern systems of management,' he believes, 'are not designed to release the true potential of individuals whilst achieving the company's ends. But community service does that.' He quotes Sir Edmund Hillary: 'It is not the mountain we have to conquer but ourselves.'

Nadkarni talks about the 'push and pull' influences on his own 25-year career in Tata, which have led to his current position. He had received higher education, housing and medical care at Tata Engineering in Pune where he was an internal auditor. 'Tata gives promotions and rewards without leaving a sense of obligation for the receiver,' he says. 'This gradually transforms you into being a giver yourself.' When he was bored by mundane work on production targets, he volunteered to mentor two non-governmental organizations in Pune. He built up some 25 citizens' groups under the National Society for Clean Cities, in liaison with the municipal authority, and became joint coordinator of the Express Citizens' Forum. This community work gave him an opportunity, he says, for 'self-expression, problem solving and creativity'.

Two friends stood by his side at that time, he continues. They were connected with the Initiatives of Change centre in Panchgani, where they invited Nadkarni in 1992. 'This reinforced a lot of what I had earlier believed, but the process there took me further in realizing that change begins with me.' The experience encouraged Nadkarni to make his long-term career shift within Tata, to pioneer the Tata Council for Community Initiatives as its first operating head, seven years ago.

Nadkarni points to the many initiatives that have emerged. A designer at Tata Automation has developed a new type of artificial limb, which could be adopted globally. An officer from Tata Engineering in Jamshedpur has set up a care centre that rehabilitates people cured of leprosy. And Tata Consultancy Services (one of Tata's major companies) has developed an adult literacy education system that claims to teach 60-year-olds to read a newspaper within three weeks. 'This initiative is greatly impacting the pace at which the nation's Adult Literacy Programme is being implemented,' Nadkarni believes.

Tata's enlightened approach could become part of a wider trend. Next year, Tata Industries will be one of the 30 international companies to submit 'triple bottom line' accounting, measuring not just their financial results but also their social and environmental practice, to the United Nations Global Reporting Initiative.

Tata is also developing an index measuring 'human excellence', similar to the Human Development Index of the United Nations Development Programme. 'This is the first time that any corporation in the world has applied the Human Development Index principles through a business process,' Nadkarni says. The company has also sought the help of the Confederation of Indian Industries in creating a network of companies that maintain community initiatives.

Nadkarni says that there has never been any resistance to Tata's social expenditure from its two million shareholders. Nor, he claims, do Tata executives see community involvement as a means of burnishing the company's reputation. They have even been known to remove 'sponsored by Tata' signs from village initiatives, he says.

So what's in it for Tata? 'I don't see the need for the question at all,' Nadkarni replies briskly. 'Gautam Buddha left his house to seek enlightenment: how to conquer disease, old age and death. But when a paradigm shift, or enlightenment, happens you forget the first questions. If you ask what is the business sense in this you are not the man I may want to work with.' He agrees with R M Lala, author of a best-selling book on the house of Tata, The Creation of Wealth, that wealth is far more than profit or income generation. It is to do with 'weal, which means well-being or happiness' of the communities that businesses serve. And that, says Nadkarni, is what Tata is determined to maintain.

First published in For A Change magazine, 6 January 2003