'Breivik is just a man. I wanted to face him. I wanted to understand him as a human being not just a violent extremist,' Bjørn Ihler, a survivor of the Anders Breivik terrorist attack of 2011, told a captivated audience at the Initiatives of Change centre in London on 1 November. 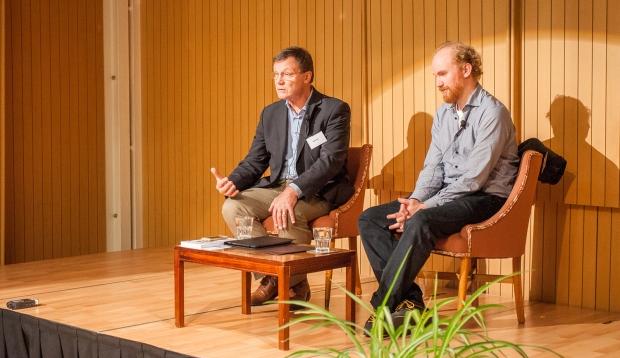 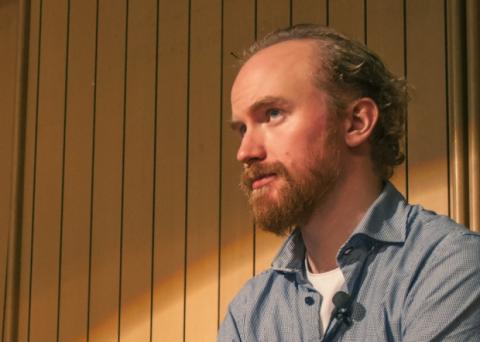 He recalled the fateful events of what happened on the Norwegian island of Utøya when Breivik, a far right extremist, killed 69 young people who were attending a Labour Party youth conference. When Breivik pointed his gun at Ihler he did not think he would live beyond his age then of 20. Luckily the bullet missed Ihler and he survived. He saved the lives of two young boys by hiding them in freezing water under a lakeside bush.

Ihler is now working towards preventing extremism, focussing his efforts on understanding why people become extremists. He is one of 10 young leaders chosen to be part of the Kofi Annan Foundation’s Extremely Together Initiative.

He spoke about the need to treat extremists as humans. 'Some people pose a direct danger to society like Breivik. We need to stop them being extremists, not people,' Ihler said.

'We are all the result of the stories we believe to be true about ourselves,' he continued. 'Extremism is not linked to any particular religion and ideology and we often forget that extremes grow out of every community.' The media seemed to be focused on Islamic extremism and this was damaging. The media is obsessing Islamic extremism but not far right extremism, he said.

Using his technology background, Ihler uses social media and technology to combat extremism. 'I find people with radical views online and I talk to them.' Focusing on young people, Ihler says violent extremism is a generational issue: young people are targets of attacks but are also being targeted for recruitment to extremist groups.

'We live in a time of extreme polarization, of black and white politics, where leaders can in a single tweet or just a few words instantly fuel hate, division and insularity,' said Rachel Bird, Director of the Forgiveness Project, who gave a vote of thanks. 'The complex stories that Bjørn and our other storytellers tell—these narratives of hope, recovery and forgiveness—have a key part to play in building a more peaceful world.'

In her vote of thanks, Kaja Glomm, First Secretary (Political) of the Norwegian Embassy in London, stressed the need for dialogue to prevent radicalization and violent extremism. 'We as a society must talk to each other, and we must talk to those at risk. Inclusiveness, exchange of ideas, and trust are the antithesis of terror.'

Watch a video of the event: