Training for the long haul 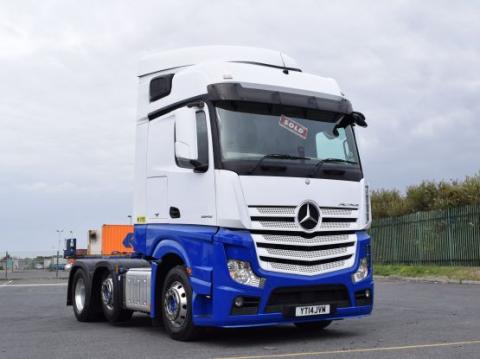 Hakim Wais, an ethnic Somali of Dutch nationality, was snapped up as a driver within three days of his arrival in Sheffield.

When long-distance truck driver and road haulage businessman Hakim Wais moved to Sheffield, England, from the Netherlands three years ago, he was disturbed to find high unemployment among the South Yorkshire city's ethnic minorities.

Yet Wais, an ethnic Somali of Dutch nationality, was snapped up as a driver within three days of his arrival. The reason? Britain is short of 80,000 truck drivers—South Yorkshire alone needs 1,000 more.

Young people, he says, don't see any career prospects in truck driving, and most of Britain's drivers-many of whom are retired soldiers-are in their 50s or 60s.

Pulling up on the motorway one night, Wais read a plea in Trucker magazine for East Europeans to be employed to meet the shortage. Wais thought of unemployed Somalis and others in Sheffield, who had seen it 'like a sin' that he had got a job so quickly.

As he drove on, he says, 'I was arguing to myself in the darkness of my cab that somebody had to do something about it. Then something struck me, "If you don't want to do it, who will?"' Because of the shortage of drivers, he was working seven days a week, 'ending up with no family life'. His wife, Ubah, had once left him in Holland to join her relations in Sheffield, and he had come home from a trip to find a note on the kitchen table saying, 'You know your way to Sheffield!' He didn't want that to happen again.

Back home, he put to Ubah that he should give up his work and switch to training drivers. It would mean taking an initial cut in income of about GBP300 a week and putting in his own savings. 'Are you insane?' was her initial response. But she also realized that she could not live with him slouched in front of the TV in the evenings, regretting that he had not followed his heart. 'Okay,' she said, 'go ahead. But if it doesn't work promise you'll go back and make yourself a man again.' With this backing Wais founded Nationwide Ethnic Transport Training (NETT) in March 2002.

The big hurdle for black and Asian drivers was not so much the fear of racial discrimination in a mostly white industry, but the cost of training for and obtaining the relevant driving licence.

Wais's breakthrough came on 1 April last year, when he won a GBP1 million contract from Jobcentre Plus, co-funded by the European Social Fund, to train 275 drivers over three years. 'I was jumping up and down like a kid,' Wais says. Since then, NETT has won further contracts. The scheme has been so successful that NETT, which itself employs ten people, has a waiting list for training places.

The key, says Wais, was his initial willingness to leave his 'safety shell'.

First published in For A Change magazine, 2 January 2004