Vaccine against human rights abuses: a matter of will 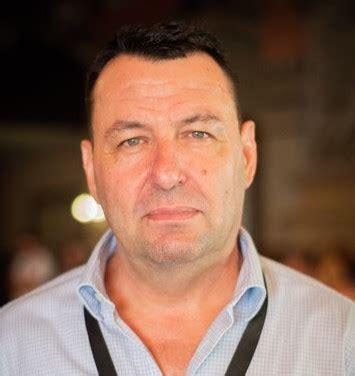 Suppose it might be possible to develop a vaccine against human rights abuses in businesses worldwide. Such a vaccine is what Brian Iselin, founder of the Slavefreetrade campaign, would like us to imagine if we are to rid the world of exploitation in the supply chain. The issues are all pervasive, he says, and the purchasing public are, often unwittingly, complicit.

‘You touch modern slavery every day more often than you touch your face,’ Iselin says. He cites supply chains where modern-day slavery exists, such as:

‘We are talking about hundreds of millions of men, women and children being exploited and abused every day in workplaces across the world,’ Iselin says. Human exploitation ranges from gender pay gaps and exploitation wages to human trafficking and slavery.

Iselin compares the situation to an attacker coming at you with a knife. The problem is not the knife but the guy wielding it. Equally, ‘The problem is someone who makes the moral and economic choice to exploit somebody else.’ They can get away with it because ‘they calculate that it doesn’t hurt their business to do so, and maybe even is a profit-making advantage.’

The issue hasn’t even featured, until recently, in MBA courses around the world. ‘I got told by wealth management firms in Geneva, “Human rights are not on our agenda”,’ Iselin says. ‘I am happy to say that things are changing. I am now getting invited to speak to MBA programs about modern slavery that would not have happened five or 10 years ago.’ Human Rights are the new HR.

Iselin warns, pragmatically, that ‘white knighting in the world is futile’. It is not enough to appeal to business leaders’ moral sensibilities. ‘We are not making a dent in the problem by supply side interventions. We need to work on the demand side of it.’ We must build ‘a new economic model that advantages your business if you respect human rights, an economic model which says that your human rights performance is part and parcel of your bottom line. If we don’t do that, we are not addressing the man with the knife.’

Hence the need for public awareness to ‘provoke micro-behaviours at the demand side and multiply those a million times,’ Iselin says. Branding helps in this. ‘A person in a supermarket looking at prawns in the freezer sees that one of the bags is slave-free. They immediately mistrust all the others. In consumer testing, it is almost 100 per cent conversion to the slave-free one.’

Slavefreetrade, based in Geneva, is helping to create the necessary 'vaccine'. Companies that affiliate to Slavefreetrade are human rights compliant. Slavefreetrade carries out workforce assessments. It poses 100 questions to every employee each year. The questions are indexed to 10 principles of international human rights laws, relating to workplace conditions, such as child rights and forced labour conventions. The questions to employees are spread out each month over the year, giving ‘a 360-degree view of the workplace’.

Iselin, a former soldier and Australian Intelligence officer, founded Slavefreetrade three years ago, with a volunteer staff from 20 nations. He first encountered human trafficking during his time as a federal agent combatting narco-trafficking. Searching for narcotics, he found two baby girls in a sports bag who were meant to be sold for adoption in Vietnam. Profoundly appalled by this he shifted his priority to tackling modern slavery. He admits the task is an uphill one, and modern-day slavery is on the increase.

Iselin addressed an online dialogue on ‘The meaning of sustainability in the supply chain’, organised by IofC in Business and the Economy, on 12 April. 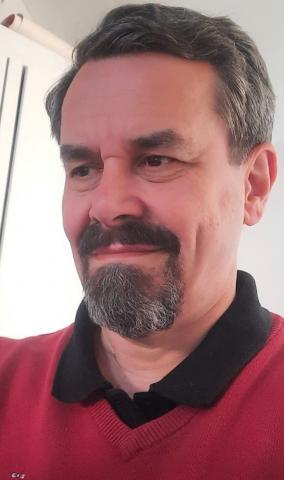 Speaking with him, Antoine Jaulmes, chair of IofC B&E, emphasised how complex supply chains are. Following the Kobe earthquake of 1995 in Japan, car production worldwide came to a halt. There was only one screen display supplier for car radios, but it was destroyed in the earthquake. ‘In terms of human rights, the greatest and most critical risks lie the deeper you go into the supply chain,’ Jaulmes says, ‘so that legislation in countries around the world is now compelling companies to overcome supply chain complexity and guarantee human rights’—from Californian laws in 2010 to the UN’s guiding principles of 2011 and, most recently, the 2020 US law on business supply chain transparency, and a 2021 European Parliament resolution with recommendations to the EU Commission to draft a law on corporate due diligence and corporate accountability.

The EP resolution underlined that ‘voluntary due diligence standards have not achieved significant progress in preventing human rights and environmental harm.’ Indeed three of the world’s major chocolate companies had pledged 20 years ago to the US congress to eradicate the worst forms of child labour amongst their West African cocoa suppliers within four years! This year, the companies have been sued for breaching the US child slavery law. ‘This is not good enough,’ commented Jaulmes. ‘Large companies with access to big data have all it takes to comply.’

Jaulmes told how the Caux Round Table group of business leaders in Japan had been more successful. They worked with the four main importers of palm oil on their supply chain. Together they import 95 per cent of all palm oil. They investigated growers, often small holders, in Indonesia, Malaysia, Burma and Thailand. Each facility is identified with a Bluenumber system, introduced by the UN. For agricultural products, Bluenumber identifies the location of every farmer and facility, to confirm that there is no deforestation or planting in protected areas, nor slave or child labour. ‘They were able to develop awareness and produce an exhaustive mapping of all flows,’ Jaulmes said, and any small farmer or supplier with a Bluenumber can be engaged directly, asked for self-declaration of practices or audited.

A similar result has been produced by the Tokyo Rice Corporation in achieving its UN Sustainable Development Goals, involving 205 farmers in its supply chain.

Mapping the supply chain ‘has positive effects on traditional purchasing performances,’ Jaulmes commented. It provides ‘traceability, digital proof of delivery and financing, certification and analytics.’ It also brings benefits such as reducing supply chain risks and enabling responsible procurement. ‘That, I think, puts the poor performance of the chocolate industry under a crude light,’ he commented. Changing things was a matter of having the will to do so, he said.