Workers' butterfly that aims to start a whirlwind 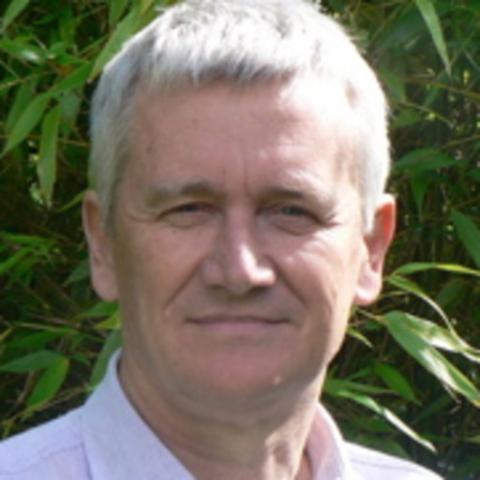 'Corporate social responsibility' has become a business mantra. But how to make it practical? It is one thing to pay decent wages, support local charities, or clean up the environment. But businessman David Erdal has a more radical solution. He advocates making all the employees the owners of their own enterprise.

It is a 'natural way of sharing the wealth', rather than concentrating it in the hands of powerful or remote shareholders, says Erdal, one of Britain's leading advocates of employee-owned companies. Any enterprise needs to serve its customers well, he says. But for the community to be well served, the interests of employees also need to be fully met, he adds. They and their families are, after all, community members.

Erdal is executive director of the Baxi Partnership, a GBP20 million trust-owned investment fund based in Scotland, which aims to 'foster employee ownership of small- and medium-sized companies'. It has recently completed its fifth deal, restructuring and funding an employee buyout of the Gloucester-based windowmaker, Swiftshield. Swiftshield's employee trust now owns all the shares, up to half of which will be distributed over time to all the employees.

'All the evidence is that companies become more productive once the employees become involved,' Erdal says. He quotes a recent study in Britain, by Harvard economist Richard Freeman, which showed that companies where managers own shares can expect a 12 per cent increase in productivity. But companies where the entire workforce becomes the owners see an increase of almost 18 per cent. 'That benefits the employees as well as making the local economy more competitive,' Erdal says.

Erdal was Chairman of Tullis Russell, a family paper-making business in Markinch, Scotland, from 1985 to 1996. Even as a child he had been disturbed by the poverty of some of his schoolmates. Graduating in Chinese from Oxford, he was at first attracted to Marxism before joining the family business and gaining his MBA at Harvard business school. He now maintains that a competitive free market is the most honest system for allocating goods and services. But he has lost none of his social conscience.

He instigated the transfer of the company's ownership to its employees. The handover was completed nine years ago, and he now reckons that, even with the slowdown in the world economy since 9/11, each of Tullis Russell's 1,100 employees have seen the value of their shares grow to some GBP6,000-GBP7,000, without putting their other savings at risk. Each person receives shares free in profitable years, and they can also buy shares if they wish. The company has retained its reputation as one of Europe's leading specialist paper-makers.

The GBP20 million Baxi Partnership trust emerged in 2001. Philip Baxendale had inherited the leadership of the Baxi central heating boiler company in the 1950s and built it up from 60 employees to 1,200. In 1983, when he retired, the company was valued at GBP50 million but Baxendale and his cousin sold it to an employee trust for GBP5 million--'an extraordinary act of generosity', Erdal says. In the late 1990s, however, the new chief executive drove through an ill-advised GBP500m acquisition of Blue Circle's heating division. This overstretched Baxi, says Erdal, and led to its forced sale to a venture capital group, ending its employee ownership.

Baxi Partnership, based in St Andrews, is the phoenix out of these ashes. In its first three years it has made long-term loans to the all-employee buyouts of five enterprises. The loans, up to a maximum of GBP2 million, go into setting up company employee trusts, which buy the company and retain at least 50 per cent of the shares. This has the virtue of giving stability to the employee-owned company as well as creating an internal market for employees to trade their shares. Over time the company passes out free shares to each employee, under the government's tax incentive scheme.

Take, for instance, Loch Fyne Oysters, an hour north of Glasgow, which cultivates oysters and mussels and smokes fish, exporting them to 22 countries. The company also runs a popular seafood shop and restaurant. The major shareholder died suddenly and the company was put up for sale. A large food-processing firm put in a bid. But the workforce of 120 wanted to keep the ownership local, to avoid the risk of asset-stripping by an outside company or subsequent closure. Baxi invested GBP2 million in a 15-year loan at seven per cent interest.

Managing Director Andrew Lane says Baxi's investment has benefited the company hugely. 'Without them we would not be in existence,' he says. There had long been an ambition to put the ownership in the hands of the workforce. 'We could only see the staff having to hock their houses and cars to get involved before Baxi came along. Baxi offers a totally different route for well-run companies. It is very exciting.'

Erdal comments: 'People who sell their companies to employee buyouts like this can sleep easy at night, knowing they have not sold out their employees but left them in charge of their own destiny.'

He thinks that employee ownership works best for companies of up to 200 employees, where each person feels really involved. There are examples from much bigger companies. The John Lewis Partnership with 60,000 employees, or 'partners', is one of Britain's most successful retailers. But when employees at United Airlines in the USA acquired 55 per cent of the company's shares, the management and unions failed to develop an inclusive culture and the airline went bust. 'Ownership alone is not enough,' Erdal comments. 'Management's approach needs to be strongly participative, with communication, consultation and involvement at every level becoming second nature.'

Employee-owned companies still represent a tiny minority. But Erdal believes that employee ownership 'could become the general model. It is a much more natural way of organizing our lives, of sharing the wealth. We are a butterfly beating its wings, hoping it will turn into a whirlwind. But that may take two or three generations.'

First published in For A Change magazine, 4 January 2004